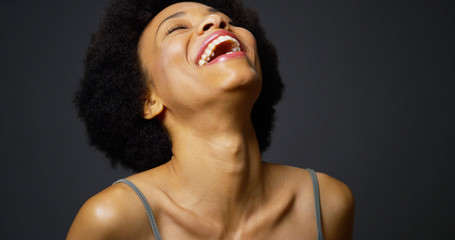 Well, you don’t have to be funny. You don’t need to be a comedian because people might not take you seriously. At the same time, you don’t want to be too serious with this life, you can easily get depressed. life is not a life or death thing that you go around it with a serious face. I find people who are too serious to make quite a bad company, it is never that serious bro.

I have heard people saying they are not funny, and I chuckle because I find everyone funny to some extent. People do crazy things all the time, they just don’t know. Okay, picture this; if a native speaker of English comes to Africa and listen to guys speaking English, he will be laughing a lot because we pronounce things totally differently. You say you are going to the petrol station, he is used to the gas station or a filling point, he finds it funny that you said you are going to a petrol station. To that guy from America, you are doing a lot of funny things.

You say you are sick and on drugs? Well to someone that sounds off because they are used to being on medicine.

I told a guy from France that if you want to marry in Kenya, you pay the bride price and he was laughing a lot. I told him you give cows and he laughed even more…he wonders what someone will do with cows. There is nothing funny I said there but to him, that’s a funny thing.

Again, sense of humor is different and it rubs on people differently when you crack a joke. You can say the funniest things to some people and they will still find it offensive or not laugh at all. I am a pretty witty dude and I can pull anyone’s leg or make a joke of any situation but be careful with jokes. Just tread carefully with humor lest you get beaten up.

It is not always fun being funny.

So, let me take you through the three steps of cracking a joke. You want to make punchlines better than politicians and comedians? Those are some of the funniest people on the mainstream media. Trump is funnier than most presidents America has had. He has a lot of subliminal shots too.

The first step in cracking a joke is to prepare your audience for the joke or not even prepare them. Some of the best jokes are not rehearsed, they just come out naturally…you want a natural sense of humor, not a forced one. People can tell when a joke is forced.

And so be observant of your surrounding or just create a story as you are talking, well you can say “damn, I miss the rains, it ends the dry spell. I mean in our farms not what you are thinking, actually I just miss plowing not even the rains, it just rains when a black man plows?”. And that’s a very sarcastic joke. It is dry humor.

Now, when I was creating that joke I didn’t have all of it. I had like half of it. The other part took care of itself. The gist is to stop trying being funny, you won’t become hilarious like that.  Don’t set out to make a joke, let the joke play out.

The second way to create a joke is to make fun of either men or women like comedians always do. They would say “women don’t mean what they say and they don’t say what they mean, they will say they want a nice guy and then date a bad boy”. Where is the logic in that?  Or if it’s a joke about men “a man will work out and weigh 250 pounds of muscles, join the military and become a general and still fear talking to a 25-year-old female”. It doesn’t make sense fighting all those terrorists and you still fear women.

It is said that someone always suffers in a joke. Let’s see how this one works out. When you see someone skating and they fall on their ass, it looks funny, right? You will be laughing at his ass instead of laughing your ass off. As long as he doesn’t die you can laugh. Accidents are not funny but sometimes when you see an illiterate eye witness explaining an accident on the television, you will be laughing your lungs out. Well, if people died there, try not to laugh as such.

This is why dark humor is enjoyed by young people with less life experience. If you have lost people in accidents, you won’t enjoy such kind of humor.

Another important thing is to not insult people in your jokes, I mean you have to be rather careful with jokes. Comedians roast people and sometimes they make borderline offensive jokes that cost them a lot. If you are to make a joke about a certain group (any minority like gays) and you are not one of them, they can troll you a lot or even prevent you from getting an important appointment. Be careful with the things you say because not everyone is laughing with you.

If you want to make a bad joke don’t put it online, you can do it when you are with your friends. Don’t go public with offensive humor. You will look bitter instead of funny. A joke is supposed to ease tension not bring the tension high.

However, some of the best comedians are uncensored…they say the nastiest things.

In fact, a funny person doesn’t have to say anything; you just look at him and burst out. And actually, the best jokes are not told, you just laugh even before they are said…when some people start talking, you just laugh in advance because they won’t disappoint.

Avoid being overly funny especially at work or school, you don’t want a clown reputation. When my former workmates or classmates read my blog they tell me they didn’t know I am that funny. Well, because I wasn’t laughing around with them. That’s not the image I wanted to portray in those situations.

However, my friends, family, and neighbors know me as a very naughty guy who keeps telling ribald jokes. I wear different faces around different people and so should you, joke with your friends, play around with your neighbors but be calm and joke only once in a while at work. Don’t be the class clown or that office comedian; you don’t want to be remembered for silly jokes at work.

Just be interesting not funny! 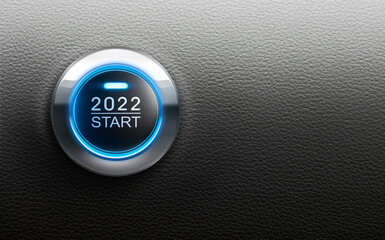