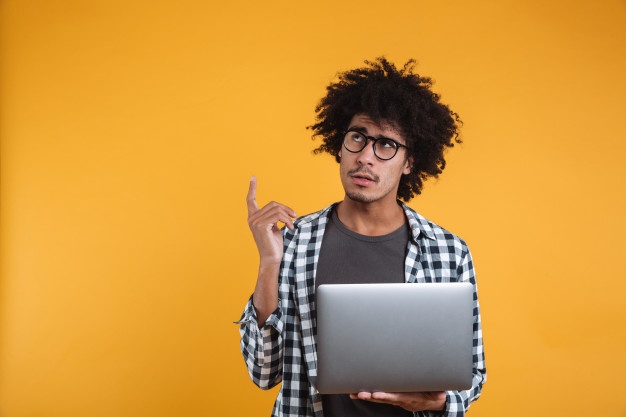 IQ is usually a very sensitive topic and when someone tries to tell you shallow things with the hope that you will swallow those things, you get very angry because he is insulting your intelligence. You don’t just rag on people’s thinking capacity, it is annoying.

Even by saying your IQ is okay in that heading, some people are already provoked because I am pushing a button in them. Did Slade just call my IQ okay? I am doing medicine. Well, I won’t say it is very high unless you are a graduate of these STEM courses or if I knew you on a personal level.

I consider my intelligence to be not that bad. It is not on a neuroscience level and it is not that of a peasant either. It is just somewhere there. I can construct an intelligent paragraph when writing so it is not bad. If your IQ can enable you to do the things you want to do; make money, form relationships, and take care of a family then it is okay. You can live with it.

If your IQ is very high and you can’t obtain the things you want in your life with it, it doesn’t make sense because it is not helping you despite being in the stratosphere. What’s the point of a high intelligence if you can’t use it to help yourself?

IQ on itself cannot stand alone; it is just a part of the whole. You need social intelligence which is not hard to achieve once you are blessed with a high IQ.

Even if you lack IQ, get good with people, try knowing people and how they think, their motives, and how to work with them and manage them efficiently. This is learned subconsciously. No one is born with high social intelligence, unlike IQ.

IQ is still great though. We won’t have doctors and actuaries if everyone has an okay IQ. We need neurosurgeons as much as we need socialites and artists.

Talking about artists, there are brilliant artists, that is to say, we are all good at something. If you look deep inside you, you will find one place you can excel in. I don’t think Picasso was good at math, but his art was spectacular.

A good example is in rap music. Not many rap stars are intelligent in science but they seem good with poetry. Rap is just poetry and some beats. And they didn’t even finish high school, most of them.

The problem is that when we talk about IQ, we think of it in terms of school work. School is great but some people taught themselves things and got good at it. If you can teach yourself music production and create beats like Swizz Beatz or Dre, you must be very good at it. It is where your intelligence is.

My friend was studying applied computer science while in university and he told me he taught himself how to program during his free time. He didn’t learn it in class. And he got very good at it. I suspect he has a high IQ because if you give a regular person a computer and tell him to study coding, he might flounder around for a very long time.

There is a capacity of IQ you need to have to get really good at something otherwise we would have many doctors. Doctors are still very few despite being one of the oldest professions.

IQ doesn’t go with race. If you say blacks have a low IQ, I would be gravely offended because I am black. There are black students at Harvard and Yale, and they graduate eventually. All we need are some black inventors. Black people seem to be built only for sports and music.

There are brilliant black doctors too so the race is not an indicator of IQ. All a black child needs is access to a good education and he is on the road. If you are to take that young gifted black kid to a good school and give him some mentorship, he will just end up like Steve Jobs or Albert Einstein.

I think blacks believe they have a bad IQ and it is a bad stereotype. I must say whites and Asians are pretty smarts though, Beijing has a high IQ. And some of the best coders are Indians. I will say their schools are good too.

Africans don’t specialize early on, they study everything. Even at work, an African accountant will be doing graphic design and administration work. Well, it is not bad but if you are to excel, you can just concentrate on one niche. It is good to have many skills though; you never know which one you might need.

Your gender also has nothing to do with IQ. There are smart ladies and blonde women. There are bright men and jocks. I like intelligent women. This is because I am not very intelligent so I would want people who are smart around me. I need those smarts to rub off on me.

Don’t be quick to write me off though; I can also be smart at times. When I argue, I can say excellent things.

Some of the highest IQ noted has been in 160s and above, I don’t know how they come up with these figures. I have never measured mine, I don’t want to know. I like surprising myself; I think I am smarter than I believe.

Don’t worry so much about your IQ, if you are making money diligently, and you can solve problems in your life and you can handle relationships, then it seems your IQ is working for you no matter what is it.

My desk mate in high school was very brilliant, he became a lawyer. He is the only one in class who managed the cut off points for a law degree in the best law school in the country. Dude had a lot of As. I on the other hand ended up as a regular writer.

Your IQ is okay; if it is not very high don’t even talk about it. You don’t want to seem like you are smart and you are not. If it is high just keep it there, we need thinkers in this world. This world has a lot of problems to be solved. We have seen scientists struggling with HIV vaccines or the corona vaccine for many years, that’s where your high IQ comes in.