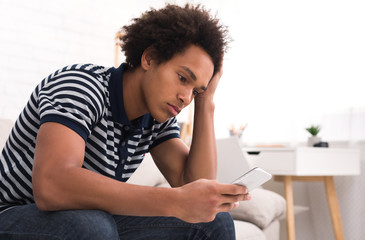 Even if you don’t spend on a woman, she is still an emotional responsibility unless you are a psychopath who won’t care about her feelings.

Let’s say you decide to have a friend with benefits, she is still part of your life and can bring you some issues here and there so she is still a responsibility. Any person you bring into your life as a friend, wife, kid, or just associate is somehow a small responsibility you are taking in.

There is a belief that because bachelors don’t have people in their lives acting as wives, kids,, and friends they thus fear responsibility. Well, first of all, nobody forced you to get married, this is a responsibility you took upon yourself so don’t bring us into that. We as bachelors are not interested in your kind of responsibility.

You see bachelors are not just ready for your type of responsibility. And people have been telling me “you can never be ready for marriage and kids, nobody plans for these things”. Well. partly right but not something I will base a major decision like having kids on.

As responsible bachelors we are not fools to just start inseminating females because no one is ever ready for these things, you got to think at times.

When it comes to kids you have to be prepared, no one will feed your kid. It is just your responsibility once you get someone pregnant.

I have seen what happened to most of my friends when they got kids or decided to marry prematurely, it was hell for some of them. I wish none of that on me or any bachelor who is not ready. You can as well argue that we fear challenging times but hey, it is good to clear off potentially bad situations before they happen.

You don’t have to make your friends’ mistakes. My friends who made babies in the early 20s saw a long day. They later got on their feet and some of them are just fine right now but they had a rough ride with it.

It is not like bachelors want an easy life either but some things have their own timings. Timing is a major factor in mating and reproduction and nothing will happen if you take your time. Even if you get your first kid at 40, they will still be healthy.

There is a belief that kids whose parents are too mature might be dumb and this should push you into early fatherhood and motherhood but Nah, it doesn’t always turn out like that.

You are biologically wired to reproduce, that’s a good instinct. That’s why you have a lot of sex, it is actually the main reason for sex, forget about the leisure part of it.

Just take your time, when you rush is when you make mistakes. You can even the wrong woman pregnant because you are in a hurry.

There are also irresponsible bachelors; I think they are the ones who give us a bad name. They have kids around town. They later turn into deadbeats.

Some women also get pregnant and don’t tell you, they keep quiet on it. It is strange but it happened to a friend. Well, don’t say bachelors are irresponsible in such a situation when they were not made aware of their responsibility.

They won’t be bachelors forever, don’t dismiss them quickly as sluggards who enjoy video games and ordered food as opposed to a home with a wife and two kids.

There are bachelors who are still single because they have siblings in schools. That’s a sort of responsibility they have. They might also be not making enough to raise a home, factor all these before you call them irresponsible.

I don’t believe so much in struggling, it is good to work hard but Africans feel like they should be struggling to raise kids. There is no fun when you are struggling just to look responsible, for what? Society doesn’t give a shit about you as a bachelor apart from shaming you into making babies.

Ask those people calling you irresponsible if their kids are in nice schools or getting the necessary tuition they need. You will hear crickets.

Kids are great, you were once a kid and you can also reproduce to continue the human race. We are more than enough in this world. Even if you don’t have a kid, the world will not stop, it goes on.

However, kids are good when they are happy and healthy. That’s the only way they will give you joy. Most people see their kids as an investment. They take them to great schools, groom them to be strong, and teach them money-minting skills. This way the kids will take care of them when they are old and also give them nice grandkids.

If you see it like that, fine go ahead have them but don’t think that those who don’t want kids are selfish and irresponsible. There are many ways to be responsible in this world. This society needs a lot of services.