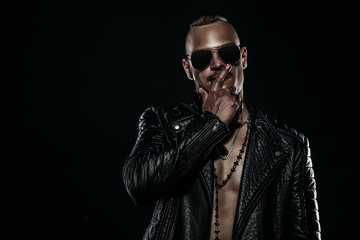 It is common for hustlers to look at other peoples’ jobs and feel like they are making easy money. When you see a Dj playing music and getting paid, you feel like the guy is having fun and raking in bucks. They are just rocking the show and smiling at girls and making lots of paper.

Well, it looks easy to you but it is tough being a Dj, you need a good ear for music. If you have a bad taste in music you might bore a crowd. I heard a Dj once say he was playing songs and the crowd was giving him a lukewarm response the whole time, it is only when he pulled a Nigerian song that was hitting the airwaves at that time that the crowd showed a good response. So, it is not easy.

That guy simply judged the crowd poorly. Reading an audience and giving them what they want is usually tough for artists.

Who else has fun at work?

Pilots, but it seems like being it is quite a tasking job if you look at it critically. Yes, on the positive side of it, you will be traveling the globe and meeting people from different cultures. However, it seems tiring, flying a plane is not as easy as it looks…a bad landing or messed up weather can destroy your day.

A bad landing will mess up the passengers’ day. All my friends who fly a lot don’t talk about their trips, all they say some time is “the landing was bad”. Whenever I ask them “how was the flight?” They don’t even tell me “the service was good”, or “Paris was chilled and nice”.

It is very hard satisfying people in any job that you do. Don’t ever look at someone’s job and think they are having it easy. You will be seeing it only from one part.

You see that company owner who is on holiday checking on business from his tablet by the beach and sipping some drink I can’t even type, he struggled so many years to put in place a structure that can run without him having to be at work.

He might not be having it as easy as it looks. The movies make running a business look easy. Rich business owners on movies are moving around in sports cars and having tons of fun with flat tummy models. In real life, they worry a lot. They have people to pay.

And no one said it will be easy. And if you ever feel like it is becoming easy, just know that you are getting good at it that you can achieve it with less effort.

Masters put seemingly less effort and achieve high returns. To achieve that level of mastery takes a lot of work and perfecting your craft so it didn’t become easy, you finally figured it out.

I am not a money maker, my bank is still piggy. My friends have been saying you don’t have to be working hard to make loads of cash or live comfortably. They feel like there is easy money.

Well, there are seemingly easy jobs like disk jockeying that pays well but to get to that level where you are making a crazy amount, you must have grind a lot.

In any career or service, if you reach the top one percent, you will be charging a higher pay than normally you would in that field. Even if you are a driver, and you are in formula one, you are on just on another level as compared to a normal cab guy.

The formula one guy seems to be making easy money to a layman but to an advanced mind, he must have been learning how to race with those cars since he was a baby. He was racing with toys on the floor as other kids were racing in play stations. It didn’t come so easy to him.

Even if it is inheritance, it is not easy money for that guy; many people squander their inheritance in the first few years instead of protecting and multiplying.

You also inherited education from your parents, what did you do with it? That is some form of investment they did on you and for you. If you are productive in society then you were a good investment. Don’t disappoint with it.

There is no easy money unless you rob a bank which is even harder because you won’t enjoy it in peace. You will be watching your back all the time thinking cops are after you. It is easier to work hard. You will enjoy your money without worry and discomfort.

Working hard looks tough but it might pay. If there are legit shortcuts you can take to make bread, why not. You will be smart about it; you won’t be having it easy.

I watched a YouTube video saying that making money doesn’t necessarily mean that you are sweating it out, working 80 hours a week. If you are making six figures working 80 hours a week, and you want to make a seven-figure, then working more hours might not be the solution. You are already putting in the hours…just think of how you will make more with the same hours, I am not a financial advisor, you figure that out on your own. I will certainly be happy for you when you make it big.

Easy money might be possible, what the youth has been advised to be careful about is quick money. There is a difference between these two. Quick money lacks patience which is important in building businesses or skills to bring money.

A friend was once telling me how he made 50k in a day while writing. I considered it easy money because he made that money in like 5 hours. He wrote around 3,000 words for that $500. Well, that means his typing speed was superbly fast, first of all, and then he was also really good at whatever topic he was given. He also overcharged because that is not usually his normal rate.

The client was also rich because he didn’t mind paying that. The easiest money ever made for me is that. People work a month in this country for that amount, and he made it in a few hours…lucky him. He was just a student when he was telling me all that. I don’t know what he did with all that cash being a student but he told me he bought a tuxedo.