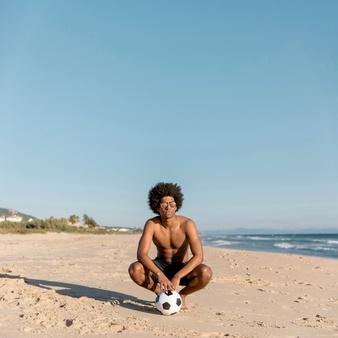 During the 2010 world cup, Maradona said he will walk naked on the streets if Argentina wins the World Cup, as a straight man I was disturbed a little bit. I wasn’t looking forward to seeing a grown ass man in his birthday suit, and Argentina was and still is a team with the potential of winning the world cup. I am sure the ladies giggled a little bit at that statement Maradona made. They would go crazy if Christiano Ronaldo made such a crazy remark, Christiano has the looks and the abs, he is better suited to say something like that. Anyway, Maradona is gone, quite an icon in football and a source of inspiration for the lovers of the 90 minutes game like Team Tailors who will be playing alongside teams like Mafisi in today’s Kulundeng’ Fiesta. I am a fan of young football teams, the underdogs, I don’t know if Mafisi can be placed in those categories of the dogs.

When we talk about football in this country, it is always an emotive issue. Kenyans love football to the core, they can’t keep quiet when the game is going on. And I also can’t keep quiet when a tournament like Kulundeng’ is going down today and some of my friends who are football fanatics are playing, I wish them the best. They don’t strike me like true sportsmen but I hope they will hold their ground and put on a good show. There are a lot of issues with sports in the country but I am not an authority in sports to state the problems and give solid solutions so I shall let it pass, we have tried to export a lot of talent to Premier Leagues and such places so that’s a little success. We have excelled more in marathons and rugby which are two sports I love a lot.

You see one problem I have with football is that when I was living along Ngong Road, there was a Ligi Ndogo ground around Impala, but what I witnessed there were more rugby games than football. Where I live right now, just outside my door someone made a beautiful football pitch and even put a green carpet on it. It was so dope, it looked like Old Trafford to me but what I saw happening there was more weddings than football. I rarely saw people playing tournaments in that pitch, neighborhood teenagers would sometimes play there till late at night making it impossible for us to sleep. The pitch was eventually destroyed only a few months after its construction.

So, about this Kulundeng’ Original Fiesta, it is a bunch of teams like Tailors that a group of friends start and look for tournaments to compete in with other private football teams. These are rich kids football teams from my observation, even when they told me to write about it, I was hesitant but since I was writing about Maradona, I said why not, I can give them a paragraph or two. I am in the WhatsApp group for that team and I have seen them contribute to charity events just like major teams do. And that’s good, if sports is bringing people together and having them contribute to society, that sounds right.

Young Kenyans can just go to the Field and find their age mates playing and join. However, adults who would want to play football usually have to devise means; they have to create teams which are quite difficult since finding fellow adults who would like to play with them is almost difficult. And that’s how teams like Tailors, Mafisi, Panthers and whoever else will be playing at this Kulundeng’ Original Fiesta tournament are formed. My focus here is on Team Tailors since they are the ones who requested that I do a write up for them, I have no idea about these other guys they will be playing today.

If we have an issue with running national teams with a budget, it is more challenging running a private football team that has to rely on its members for funding but as I said, it is rich adults who indulge in these leisure football games. They sometimes have to look for sponsors to help them make uniforms and also pay to be a part of these private tournaments. The Tailors uniform for this tournament has been sponsored by InstaBets. I think it is a cool way for adults who love the game to unwind, playing football. I am more into basketball but even so, as a fan and not a player.

You can also start your football team if you like, it is a nice idea I think. You can sign young guys with talent into these teams so that they can have a place to kick start their careers. Football tournaments lack proper exposure and that’s where there is talent. Talent scouts can look for tournaments with young players who have the skills and try getting them signed. What we have with Team Tailors is a team of OGs who are also doing a good job as they support young football teams who are still coming up. Contribute to young football teams if you have the ability, Maradona didn’t start by playing for big teams, he started with some small teams in the Latin world where football is played on the streets.

The tournament is at GEMS Cambridge International School, you can check it out if you live around Rongai. The diaspora.

Nice game over the weekend.