When can Women Approach men? 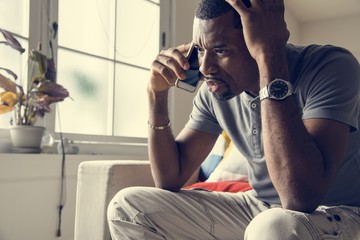 How much of something foreign can you consume before you say that is enough? Or you can go on till you are addicted to it. I talked to some guys about alcohol abuse and how guys get addicted, and they told me it is about your tolerance. And they said you either have a high tolerance or low tolerance towards alcohol or just any habit you decide to pick up.

If you have a high tolerance towards it, you can consume two bottles before it gets to you. However, if you have low tolerance, you can consume just a half glass and stop at that. I didn’t know this concept, and I thought some people have the genetics for alcoholism or rather certain habits, and others don’t.  Well, it turns out your genetics, weight and even height determines how much you can take, and if you are heavier and large-bodied, you are likely to have a high tolerance.

The thing with alcohol is that it grows in you with time. Your first time, you won’t like it since most alcohol tastes like shit. Then with time, you might find your favourite poison and stick to it. I know guys who will never drink anything but gin or guys who will only do a whisky or guys like me who would instead consume cocktails and wine.

I am not here to talk about alcohol per se. I am on tolerance, and it is a broad topic, but to simply put it, it is the act of enduring. If you have a high tolerance, you can endure so much before reaching a breaking point. That’s what the internet says; I don’t want to mix it up with resilience. Having a high tolerance towards alcohol or marijuana doesn’t mean you have resilience. You are simply a guzzler.

High tolerance also doesn’t mean open-mindedness, but it is almost; I could stand the people around me doing unnatural things as long as those things don’t affect me before I point out to them that they might be heading towards a self-destructive path. This tolerance can be a good thing and also a bad one. If you can smoke cigarettes or, let’s say, drink local brews in large quantities and still be able to manage yourself, then you are okay. But if they start affecting your health and become chemically dependent on these things, you might be crossing the line into addiction. According to my research on this tolerance topic, most people with high tolerance tend to have addictions.

How much bullshit can you take from someone, society, etc, before you say that is enough? That’s what we are concerned about here, not even drugs. Drug tolerance is something else I would rather not talk about. It will be a story for another day. I can tolerate other things like flakiness and arrogance but not drugs.

This is one of those concepts that are like a double-edged sword. If you have low tolerance, you can come off as petty and be disgusted with relatively normal things that people do. If you have a high tolerance, you might find yourself entertaining some very destructive habits in the long-run and even get pushed into addictions. I am not a psychologist or a rehab employee, but they say everyone has their addiction. That’s what street psychologists think. You can be addicted to fashion and the latest trends. Thus, you will end up having a high tolerance for any designer outfit people wear. You can be addicted to sodas and sweet things; you can then end up drinking lots of cokes and Pepsi. You can have a high tolerance for social media and end up consuming lots of online content.

You can be flexible on certain things but very uncompromising on others. There is a balance in tolerance. What is acceptable to one person might be a dealer breaker to the next person. It also depends on cultures and personalities. Some personas tend to be free-spirited and very adventurous—the no-limit guys. Don’t limit yourself is good advice, but without some limits, you can die. You can’t go 160km per hour because there is no limit. You might overturn.

On the other side, we have low frustration tolerance, which relates to the inability to tolerate unpleasant feelings. You want to get done with bad feelings as soon as they pop up.

“I can’t stand this?” It is a common statement people throw around when faced with an uncomfortable situation, which is a sign of low frustration tolerance. Procrastination and avoiding tasks that distress you are also signs that you have low frustration tolerance. However, like with anything, you can learn to persevere and handle annoying things that are important to deal with, like learning a computer language or mastering some craft. I honestly don’t like being frustrated.

Another thing that comes out in all this is that you can have a low tolerance or a high tolerance if you have a faulty belief system or a flawed mental model. If you believe that life should be easy, you might not take on challenging tasks or abandon things when the going gets tough. Again life is not as hard as people would want to put it.

Whether you should have a high tolerance or a low tolerance is not mine to say, but it depends. If you are going to improve tremendously on a task, it is advisable to take on the frustrations and work around them till you get a solution. However, if you are likely to get an addiction by having a high tolerance to certain things like alcohol, well, then you might want to dial down your tolerance level.