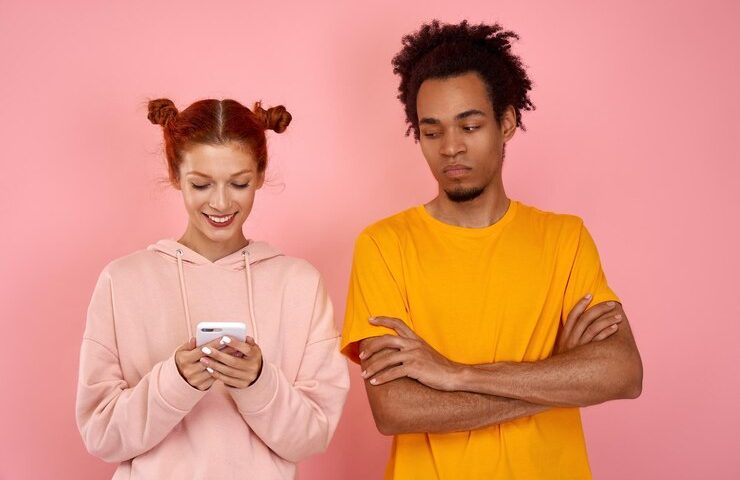 Back in 2014, I watched a movie called ‘stretch’ that revolved around a guy called Kevin who also goes by the name of stretch, a limousine taxi driver who had moved to Los Angeles to be an actor but he couldn’t book roles because apparently, he doesn’t have a presence. Anyway, he got some hot chic mysteriously but she left her for an NFL quarterback…and then he hopped into some social media app like many men do when they are unlucky with females.

After a few days, he got a match and the texting went thus;

Kevin; sure I know a place that does a mean rufie martini. U free tonight?

Kevin; I’ll roll the dice. If it is a shit show I’ll just order myself a double!

Pinkminx: Haha…love a guy willing 2 take a chance! I’ll get back 2 u.

The movies goes on with kevin stealing a client from a rival taxi company. And then later on, the gal texts him.

Pinkminx; Still up for getting your rufie on? 11 pm @ the well?

Pinkminx: Your game sound pretty weak if it is going to take you that long;) c u 2 nite!

He laughs at that but doesn’t reply which is great because there is no recovery from such a punch. It is a soft jab but it pains.

I must say her comeback was phenomenal. She is a great texter or the movie was written by a guy with a solid game. She seems to be controlling the conversation or rather pushing for the meet-up.

While talking to himself about the messy shit of debt he has gotten himself into through gambling, with the debtors sending goons to threaten him, he also wonders if this “pinkminx” of a woman texting him is actually a woman or may be a catfish.

The movie continues at this point, Kevin is assigned to pick up a thug-ass bad boy of a client with a morbid sense of fun. He is apparently in a gambling debt of $6000 and when this criminal client offers to tip him the $6000 if he runs a little risky errand for him, he agrees to collect a briefcase for the psychopathic villain that has a lot of money and that is when things turn for the worst in this movie.

Pinkminx texts later in the night to cancel the date they had planned and propose they do tomorrow morning. It goes like this.

Pinkminx: Please don’t hate me but I have to cancel tonight. 🙁 could you do coffee tomorrow morning?

Kevin: at the rate my night is going, I’ll still be awake

Pinkminx: I’m having the same kind of night. 🙁

You notice the minimal effort they put into these messages at this point. She cancels the date but offers a chance to reschedule instead of not giving the guy anything else to work with. She is still attainable.

Kevin goes into a club to get the briefcase from an FBI guy posing undercover as a crime boss. The FBI guy was expecting the psychopathic villain to be the one to collect the briefcase. Kevin adopts an iron-clad frame and flips the script, he tells the FBI undercover guy that he is a serious cop and is here to take the case no matter what. And if that doesn’t happen, something else very bad will happen.

The undercover FBI guy is shocked, he wasn’t expecting this new player into the mix of his investigation. Immediately he gives Kevin the briefcase, he insists that his team follow him around to find out who he is.

At the same time, as Kevin leaves the club, he notices his ex-girlfriend who dumped him with a group of friends. She also notices him and decides to chat with him. She wonders what he’s been up to.

He tells her he’s been okay and is not picking a client and he is no longer a limo driver, he is the one being driven. He got into the business world.

Well, that is not true, he is trying to make her feel bad for dumping him. He is being tricky, flipping the script again. She also wonders what he is carrying in the case, and asks if it is money.

He refuses to tell her, he tells her “thank you for leaving me, you gave me the kind of life I have always wanted”. She seems affected by that show Kevin puts on and tells him that she has never seen him so collected like this. He leaves the club without engaging her further

A couple of incidents happen later and Kevin or strecth as his cool female workmate call him gets into an altercation with a certain club bouncer at a different joint when his limousine is stolen by a wannabe rapper whom he had given a lift. He escapes the incident narrowly.

Pinkminx texts her later late into the night to confirm the morning coffee date. It is anti-flake text. It trouble shoots any chance of flaking.

Pinkminx: Corky’s in the morning? I really to meet you. What do you say?

He is not able to reply to this text because he needs to recover his stolen limousine, which he has seen being towed by the rival company who he stole a client from.

He manages to retake the limo back in a James bond type of move. The FBI is still tracking him all along. And the debtors he owes are still demanding the pay.

Anyway, he goes to meet the psychopathic villain to give him the briefcase so that he can get the $6000 tip he was promised.

When he meets the villain, as expected, the psycho villain turns on him and refuses to give him the tip. The villain asks him who gives such a tip anyway. Anyway, cops show up at this point, remember they were tracking him all along. And arrest the psycho.

It is early morning by this point. And Kevin finds himself in a restaurant nearby which happens to be corky, he gets a text from pinkminx.

Kevin: I couldn’t respond earlier, I’m sorry. A very long and strange night has finally come to a close.

Pinkminx: Mine too. I don’t think they could get any weirder.

As Kevin goes through his previous texts with pinkminx, he finally realizes he ended up at Corky’s after a crazy night. And that’s where pinkminx had earlier suggested they meet up for coffee.  He immediately texts her realizing that he is at Corky’s.

Kevin: You didn’t wind up at Corky’s by any chance?

Pinkminx: Yeah, I’m just having coffee, clearing my head. Why, where are you?

When Kevin looks around, he notices a woman sitting alone in a corner and he realizes it must be pinkminx. He goes to say hello and just by looking at each other, they kiss.

Well, turns out pinkminx was not a catfish all along. Pinkminx is actually his female co-worker Charlie.

I had to include the action scenes a little to give you a background of the whole movie. It was a great movie but for me, I found the texting quite solid and very non-needy.

There are a few bad parts like texting late into the night. That is not necessary but the flow of the messages is great.

You can watch it on a weekend!