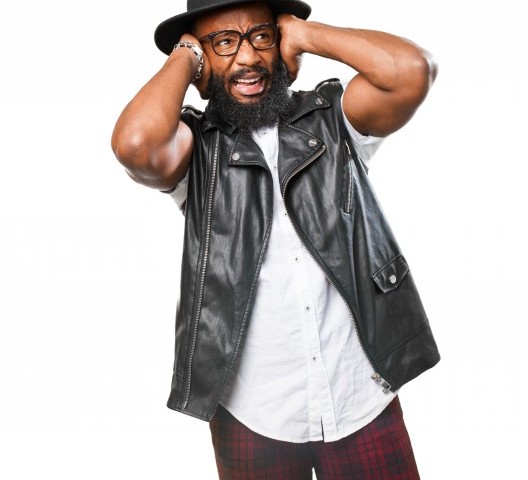 I like loud people, I come from a lineage of noisemakers, although I tend to be laid back and a little reserved but I make a lot of noise on the internet, especially on WhatsApp. It is on WhatsApp that guys gave me this idea of writing comedy. They were proposing I start a comedy show but I figured out that it will take a lot of hustle so I decided to just write some dope articles and the progress is just awesome so far. I equally crush on loud chics a lot. The head girls, those mother-hens, they tend to be high-esteemed plus my dating coach always advised me to pick the loudest girl in the crew, the reason for that I don’t know although I heard that if you bang the loudest chic in the room she will broadcast your skills to the rest of the crew…lol. Back to the reason I like loud guys, it is because they speak their minds, sometimes they can be very annoying too. I don’t mind a little drama as long as it is taking stuff in the right direction. My physics teacher would say that where there is friction there is motion.

The loud guys are the political animals, they eat, sleep and breathe politics, be it family issues, estate politics or office mushenee, their voice will always be the highest. And they tend to always have an answer for everything, no topic is out of their level of comprehension, you just wonder how they know so much plus most of them usually have a big voice. A career in voice over would suit them perfectly.

Apparently Kenyan guys are not loud, the loudest guys I know are West Africans. Nigerians definitely win when it comes to talking. In every part of the world you go, you will find a Nigerian trying to do something if not talking his way through a deal. I guess that is why our Kenyan brothers can’t compete with them when it comes to hustling and closing deals. Those guys can talk, just watch their movies, Nollywood doesn’t have much technical work but the characters can really bring life on set. And they are never shy to say what is on their mind, I went to a barbershop a few weeks back and a Nigerian brother came to ‘relax’ his hair. The barber happened to be a Rwandese who clearly didn’t have a good grasp of the English language. You don’t want to know how the Nigerian guy kept shouting and complaining of incompetency. He even said how in their country someone will just tell you on your face when they don’t understand what you are saying. Anyway he got his hair relaxed but of course still stayed around to continue being loud and discussing how Kenyan food is boring…lol.

You know the PR guys, the marketers and opinion makers. They all fall in this category, football fans are all here too, especially premier league fans, they can’t just shut up no matter how many losses their teams get. I don’t know where they get the nerves to speak from. Guys who follow Spanish league tend to be quiet, I guess it is because they are few. Someone once said that there is confidence in numbers. Leave alone Rugby and Gor Mahia fans, those ones can kill you with noise, they can bring professional mourners to shame when it comes to hitting high notes. And they feel like they have a right to make noise. Football is just turning into some form of movement whose followers believe shouting is the best way to defend their team, the fans can’t argue for a few minutes without shouting, sometimes they even fight. Cheering is the right way to celebrate the game but I guess shouting does it better for them…

All in all, I find loud guys to be awesome, they are full of life and energy.