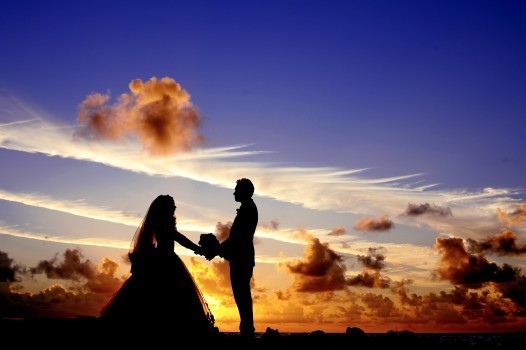 First of all I didn’t even know there was a royal wedding going down last Saturday, I have shied away from consuming so much media and thus I am always green on lots of things going around me and also I haven’t been active on social media for quite a while. So lots of stuff just pass me like that. The only connection I have with the outside world is my laptop and modem which I use to make noise on the internet…yea blogging is just internet noise making. I tried to join Tinder and I couldn’t because I was unable to use the features. I have been consulting with my friends on WhatsApp on how to go about it. They are just laughing on how outdated I am. I like IG though, I am a fan of sharing pictures and such things, besides I have tried modelling so I love photos. That’s where I have been seeing lots of wedding memes since the royal wedding happened.

I happened to be at a friend’s place on Saturday and they put on the TV to watch that wedding. That’s when I knew of the event. It was kind of interesting considering that the current society has not blessed us with many kingdoms and thus we rarely get to see royalty events around us. It is not like the 18th century where kingdoms existed everywhere and anybody with royalty blood was like a god. In this century, kingdoms are built by whoever feels he is strong enough to create one. Look around you nigga, how many kingdoms do you know? In Africa, I can count how many noticeable kingdoms we have left, like really the only kingdom we have in this East Africa is the Toro Kingdom and the Baganda Kingdom…let me see where else..ooh Nigeria has some of them and I don’t even know their Kings, do you? A Nigerian friend of mine claim to have royalty blood and of course I don’t believe him. You know we have trust issues when it comes to West Africans. The other place with some solid kingdoms is the middle east. Those are quite functional ones I must admit. Arab kings know how to rule with swag. They can strut it. And they have that oil money to boost up the title. The few kingdoms remaining are quite cherished because of their scarcity. The value of something is bound to rise when it is scarce…simple economics. This is one thing that made the royal ceremony a big event.

I have read a lot about kingdoms in history books and I usually love the hierarchy and how power is passed from one generation to the next. Too bad the only kings we have in Kenya are slay kings. Such kings have no kingdoms to rule. They only run the city social scene with their power. The only time a slay king will ever claim to be running a kingdom is may be if he marry a slay queen. Those are the only royal weddings we are ever going to have in Kenya. I mean everybody on social media feel like they are kings or queens and such things. Anyway, just like real kings, slay kings have some uniqueness. I wrote about them here.

Another social group with kingdoms is the rap society. I like rap because of the word play. You don’t want to know how far a rapper can go to be crowned the rap king. If they don’t get crowned, they fight for it, rappers are usually down to go bar to bar with each other for that king title. I am talking about the east coast and west coast rap scene here. But sadly, even if a rapper is crowned king, you will never see them have a royal wedding. They are street kings. Married to the game. which is still okay with me, it is like ruling the underworld. This article is all over because I am trying to understand these modern kingdoms and how they survive. Like, if you want to build that life of a prince or a king, boy child you will have to create your own kingdom. Work terribly hard until you are recognized as the king of ‘whatever you are good at’.

The 21st century man definitely fear walking down the isle. It is not an easy task, how do you even take that step with slay queens posting photos in booty shorts all over IG. Which one do you even choose? There is so much fun out here if you have the dough to splash around my friend. The society has come to accept lots of things that make marriage diluted. And thus, the few who choose to settle down should just be crowned the kings and queens of this union.

I was litsening to that matrimony song by Usher and Wale and Wale dropped some bars that goes like “i’ll admit, all be pathetic…that i’m in my late 20s still never been to a wedding. That’s when I also discovered that I haven’t attended any wedding ceremony since birth…true story. Although, I am getting into event hosting and I am looking forward to covering some weddings. Those lines just woke something inside me like when will a young nigga ever feel ready for this matrimony thing.

I can’t even swap and match dates on Tinder so that ought to be like a sign that I still have time in the game before considering teaming up with a bae for life. Look at me trying to justify shit…