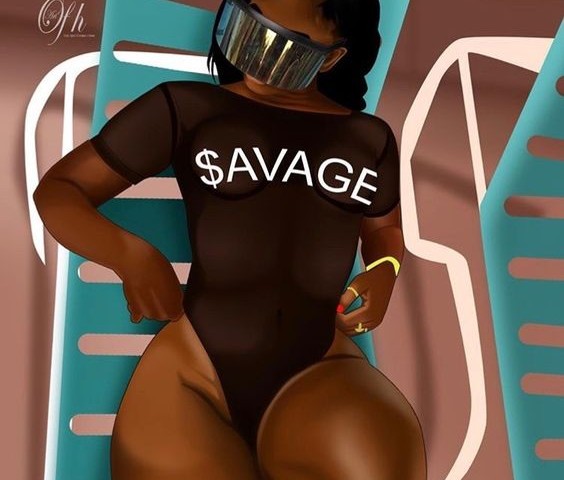 Really? Which girl is that??

That is what confident guys are already thinking…like they can’t just wait to step up.

Maybe? Some girls are…

That’s what unambitious and unmotivated guys are thinking…after all they never challenge themselves.

I was watching a movie with my boys during college days. Damn, I had lots of fun in my college years, It was always good gathering guys in a room as we chat about nothing really and just kill time slowly. Something I can’t do nowadays…life and money making got in the way…no more hangouts, just business outs. I swear I am not going out unless it is paper or a potential partner.

Anyway as we were watching this movie, a hot chic showed up in one of the scenes and I told the boys how I would like to date such a seductive damsel. I said it like it is the most normal thing any man worth his weight in gold should say things and then turned back to continue watching. There was sudden silence in the room and when I turned to look at their faces, I found their reaction kind of funny, they rolled their eyes and sarcastically told me that I can’t get a girl like that, “She’s out of your league” one of the boys told me. I found it awful and just shrugged it off. I didn’t know what they meant by “out of my league”. After all I was used to getting girls.

We finished school and I moved to the big city to make some paper and cut a niche for myself. As a young dude dating and getting to know people came along with it. Being socially savvy is not an easy task and I had dedicated a lot of time into understanding social science. I have had a lot of niggas in Nairobi and so we hangout and get to talk about the hoochies in our lives and such. So in my usual self I showed them boys a photo of some hot chic in IG who has lots of followers and how I would want to take her out for a bite on a fine friday. I was shocked that they had the same punk ass reaction like that of my college boys…they told me how she is just on another level and would never hangout with a niqqa like me. OMG, I felt sorry for them, for me she had that look of a girl next door and I felt like she was attainable. For them, she was out of their league or they just got scared of her many IG followers.

I mean these are some of the most socially advanced guys in this city and now they were speaking like guys with esteem issues. I even considered dropping them, you see I am a high maintenance guy and that means I have low tolerance for any form of weakness or self doubt around me. I believe I can get anything, that’s the nerve.

I don’t know why guys feel like they can’t just get some girls even without trying. You need some arrogance bruh, it will help you push beyond your limits. You see those mental barriers you have, you can break through all of them with just a little arrogance. I don’t know who I can’t talk to. And why would I even think there is someone out of my league. wtf is that even. Someone who is facing the same inflation like me is not beyond my league. Take it how you want it.

The worst thing that can happen is a NO? And that is nothing, all you need to do is go for the next one. A large percentage of your life as man will entail rejection, it is what you do with those rejections that tells the kind of a niqqa you are. I no longer even notice when someone hasn’t replied to a text or something like that. It is called outcome independence, you approach situations with a carefree attitude. I was playing pool with some workmates a few months back and one of them commented on how I look so relaxed and comfortable when playing, like I don’t even care about winning. It is the best compliment I have ever got. Things are never that serious. Some guys take this shit so personal. They approach dating like it is a life or death situation where they have to get a girl no matter what. Bruh, if you go at it like that, you get hypertension, I mean she is just a girl. There are millions of them out there. Treat these women like just normal people who get by just like you.

Stop rejecting yourself boy, don’t talk yourself out of situations even before giving yourself a shot. Girls want you to try banging them even if they will say no. Women like a man who tries. They don’t want made men. They like a little effort. These hot chics don’t even get approached or asked out. They are so lonely behind closed doors. Courtesy of our generation of men who are so weak and spineless. They can’t make a move. Too scared of life and everything that comes with it. Beauty is to be appreciated. Not something you shy away from. The hotter a girl is, the more motivated you should be to get away with her.

You still think she is out of your league at this point of the article? No, let me remind you, she ain’t. All you need to do is level up. She is just on a level that needs strong game. I am not saying I have the best game out there. I don’t need game. I am a natural. But if you need game, you need a tight one to get some of these bad bitches. But still stop classifying women as out of your league. I have seen hot chics walking around all alone just wishing there was a debonair man besides them to hold their hands and guide them through this rough life. True story. I am quite observant and I done seen things…lol. And I done with this piece too.

So, get your vibe right and approach girls. Stop thinking about leagues and class and all that BS…

Have a slade week!