They don’t even know what they have. Or they know but chose to ignore it. Some are modest. They hide every part of their body in baggy clothes. Let me tell you, no let me open eyes that there is some low key very beautiful women that you will never notice unless you are keen.

I don’t want to start sounding like a poet but some people just don’t know the kind of power they have over people. They don’t know how much they inspire people. They underestimate themselves or they just don’t care so much about being in the spotlight.  The same way some people are also bright but they don’t know it. You hear them speaking and you think they are an Ivy League professor only to realize that they dropped out of high school.

Most of these people who are beautiful and don’t know it are in the village. They are not programmed by television or the media from a young age that they are good looking and can use their charm to manipulate people. I think television misleads people.

Sexy and I know it

Have you heard that song ‘sexy and I know it” or “if I was you I would want to be me”? That is narcissism, exaggerated self-importance. It is not confidence when someone thinks like that. However sexy you are, don’t think everybody finds you sexy or is interested in your sexiness. 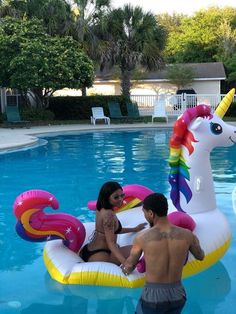 This article is the opposite of sexy and I know it. This is sexy and I don’t even know it. I have heard ladies say “I want a hot guy who doesn’t know it”. And I am thinking, does she want an ignorant man? It is either a fool who doesn’t know what he or she has or a blonde. Or does she just want a laid-back cool dude? I don’t know the answer to that but I guess it means “she wants a hot guy who doesn’t brag or who is attainable”. She wants a natural. It can also mean she wants a dumb-blonde guy. I have told you guys before that being dumb can be attractive.

On the other hand, we have a dark side to all these, I have heard people say “don’t tell someone how good they are, they will brag and leave for a better option so just keep the compliments to yourself”. Let them not know how smart or excellent they are at whatever. This is silly because if I am a good humor writer, I know it. I knew it even before I started writing.

The same way I know that I can write is the same way I think these beautiful people who don’t even know it knows it. They are either pretending or just down to earth or maybe they are in the countryside as I have said before. Don’t think they are ignorant!

Down to earth you can call them.