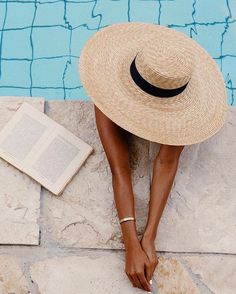 Vulnerability is very attractive if you don’t know. Nobody wants a perfect person; they want a perfectly imperfect individual. Good people with rough edges or from a messed up background. Damaged people are all around us and we can’t help but like them. Put a mugshot of a man with a scar on his face, and another one with a smooth face and let them be rated, I am sure the guy with a scarred face will receive more likes. He seems more human. And nothing says human like a scar here and there.

Damaged doesn’t mean messed-up, just a little incomplete. You might feel like saving these damaged people from themselves. That’s why you feel drawn towards them. You want to be the hero in their lives. Please don’t. Most of them are beyond repair.

It is hard fixing broken people. Tony Braxton who is one of my favorite singers sings that song of ‘unbreak my heart’ but that can be too much work. People once broken become less trustful and suspicious of almost everyone. And it is good not to be too trustful. It is a crazy world out there.

How far is someone damaged? You have to consider that, it is like when you take your laptop to the shop for repairs, they consider how bad the damage is before they tell if it is reparable or whether you should consider buying a new one.

Most of my friends are into crazy chics, they say good girls aren’t any fun. But they end not having a peaceful relationship with these crazy girls. The crazy girls with a sordid past give them a lot of drama and fun at the same time. I find that thinking useless because all girls are naughty…even those good gals have some kinky thoughts and can still give you fun.

The reason you enjoy action-packed series and movies is the drama and adrenaline rush they bring into the scene. After a long boring week, they give a break out of the normalcy that you are accustomed to.

The news works the same way, they look for the most dramatic stories that will do rounds and get people glued to the screen. You will only enjoy crazy stories in the news, even if a story is boring, the heading will be dramatic just for clickbait.

Are you a fan of drama queens? A little drama turns some people on; I have had so many girls tell me how much they enjoy drama in their lives. But if she craves drama like cocaine that would be too much for you in the long run, if she can’t keep calm even for 10 seconds, you might want to reconsider.

It is not advisable to have sex after drama; it will only encourage more of it in the future. You don’t use sex to solve your problems in relationships…you see couples who fight then have sex whereas the real problem hasn’t been resolved.

Some girls enjoy being manhandled, that’s one thing but if she is overly aggressive with you, it can be a little scary.

Another thing about damaged people is that they seem REAL. It is more relatable when people make mistakes as opposed to when they are cotton pure.

This is why bad boys and bad gals are very attractive to the opposite sex. I am into good girls nowadays; I have outgrown the chaotic bad gals, although they can be my friends still.

As much as we want good people, there are those friends who tell me they prefer the devil they know. And even good people can snap. I am into the latter, I prefer good people with an edge to them.

This does not mean you indulge in hard drugs and a rowdy lifestyle to be attractive to people. As I said before, it matters how damaged you are. If you are totally broken, the chances of redeeming yourself are very minimal. It can take a lot of work to shape you again into a normal human being. You don’t want people doing your work. And it is not people’s job to save you from yourself.

Don’t try working on these damaged people, you either like them just like that or leave them alone. They can be a piece of work.

Who broke them is none of your business, if a damaged person went through something and came out scarred, that’s just life. We all get burned by situations from time to time but REAL strength comes from overcoming hard times.

If the damaged person is authentic they would be able to outgrow whatever it is that hurt them. They would just be experienced and not damaged. Totally broken by life is not good looking. We want rough with a soft spot.

I am writing this on a mini laptop I bought cheaply from a friend’s shop after my big laptop broke down on me some time back. The damaged laptop is just lying on the stand, and many visitors who have come to my house have expressed interest in it despite being damaged. They tell me it’s still repairable and all is not lost. They see hope in it whereas I think its time is gone.

Do you think I should throw it or give it to e-waste collectors? Let me know in the comments sections.