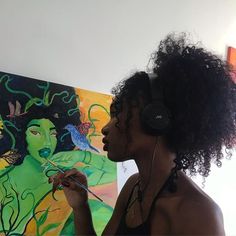 The African society believes so much in a marriage that if you were to die without a husband or a wife in some societies you won’t even be buried close to your homestead. You will be buried funnily far away like a mongrel with no much respect. They believe you will bring bad luck because you died single. They just don’t like seeing lifelong bachelors or spinsters in society. No singledom.

It is a bad look they would say. It might seem normal here in the city that you can be single at 40 and nobody will give a shit, but even the government would grill a single man before giving him a serious job…we see that in these national interviews on tv all the time.

They would be worried about what made you single. I have written on being single for too long before here. And what I eventually realized is that single people are seen as irresponsible. Forget any other thing; they all believe that single people just fear parental and societal responsibilities.

It is believed that it is your job as a man or woman within the society to continue the lineage. Give birth to the next generation of soldiers who will fight and defend the country from terrorists and unwanted invaders.

It was pure logic back in the yore days that an African society with no sons was likely to be invaded by a stronger society with warriors. Even biblically, it is a command from God that people multiply and fill the earth with sons and daughters who will not only carry their name to the next generation but also ensure that mankind doesn’t become extinct.

One of my earlier articles, when this blog was still young, was on a Danish television ad that was being done by a traveling agency calling on parents to book holiday trips for their children who are of childbearing age so that their sons and daughters can go to vacations in environments that encourage copulation and pregnancy.

What triggered that Ad was that the Danish society was so old and few kids were being born. And the old generation was concerned that soon, no one will be there to even bury them when they die. Their names will also become extinct and disappear from history because they have no grandkids.

That Ad was so successful because the advertiser tapped into the fear hidden deep in the subconscious of the general population; that the society was fading away because there are no kids. And thus it is everybody’s responsibility to motivate these young fertile people to do something and bring us some little ones.

And if the young people were to ignore that message, then they would be irresponsible, selfish and cowards who would rather standby and watch their names, tribe or nation disappear from the surface of this world. What a genius marketer. They are very good at making us do the things they want us to do.

Yes, we understand you want the next generation of army men and teachers but just take us slowly; you will not give us single people a bad look and think we will just take it. We would do whatever we are supposed to do but at our own pace.

There is a novel by Ngugi Wathiong’o called ‘I will marry when I want’. I haven’t read it but by just that title, I can tell what is inside. The pressure to bring the next generation of writers and footballers can be overbearing to the young people.

There is no doubt that society still doesn’t respect a single man or woman, it is as clear as daylight that a single man is seen as a waste of space on this planet. This is because when you get married, people take you more seriously as opposed to when you are single.

When you are doing business with someone and they learn that you are single, they start asking you what you are suffering for, they don’t see a need. What do you need the millions for anyway? If an employer was to give you a job as a young man, they will consider if you are single or married. If you say you are single, they won’t pay as much. They don’t see what you want to do with a lot of money. In fact they think they will be spoiling you by giving you too much mulla. You will earn and not come to work for a whole week because you are spending all the money on useless nigh touts with slay queens…this sounds absurd

I was talking to an airline captain a while back and he told me that a long time ago when he started his career in aviation, his pay was just normal until one day he got his girlfriend pregnant. The gal was not living with him at that time but when she delivered and he told his workmates that he got a newborn baby, that’s when his employer called him aside and increased his pay. He asked why and he was told “now you have more responsibility at home” we don’t want you worrying too much while flying. Okay, they didn’t say about the flying part but that’s one darn good employer.

Employers also believe that people with kids are bound to work harder and deliver because they have mouths to feed at home as opposed to young men and women who will laze and bullshit around.

I am not telling you to start lying to employers that you are married for status. They will catch up with you sooner or later. It is just to shed a light on how married people tend to be respected, especially the men.

It is worse for women when you stay single for too long. A man can still marry at 50, and that is very acceptable. They say a man is fully matured emotionally and at his peak of attractiveness from the mid-30s to 50s. I thought I told you before that boy child got nothing on sponsors.

Do you know something we won’t do as single people? We won’t succumb to this societal pressure of childbearing. Society is not even concerned that you are not married as such, they are worried that you don’t have kids. Your parents are probably questioning if you are straight or even fertile.

Divorcees are never pressured by society to marry as such because they have kids in most cases. What the people want to see is a small you. They don’t care how many people you have dated before, as long as you don’t have little homies running around calling you mum or dad you are a little disappointment to them.

This is all but perception, and do you know the nasty thing about perception? You can’t change it. No matter what you do you will be fighting a losing battle. Once a section of society is labeled as lazy, inconsiderate, and irresponsible, it is very hard convincing people otherwise. You can change the mind of a few but at a very big cost of your precious time.

That’s why as single people we just laugh at all this misguided believes that people have about us. We won’t waste our energy fighting over anything, and of course, we are not scared of responsibility as such. We just enjoy singledom.

I can say most of my married friends are happy, so it doesn’t seem like a bad thing but I can’t compare their lives to mine, I am just so contented and healthier in spirit as a fine bachelor. I sleep with and write peacefully with no baby cries. That’s why you see my articles coming real tight.

Do you want to talk about us, single people? Go ahead tell the world about us, but as they say in social media “pray for us also as you gossip about us”…bye!