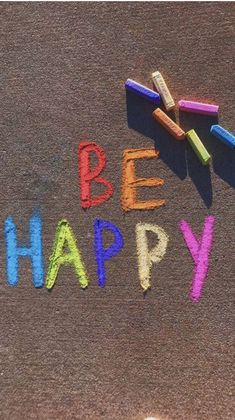 Women have talk-show hosts, and feminists to fight for them. Even men’s show like Steve Harvey’s is packed with female audiences. All these television shows are all bout empowering females and answering their relationship problems. And we are cool with that. We are men; we are not competing with women.

What do men have in this life? Just their boys trust me. It is very wrong to attack our only shelter. It is our place for brotherly talk. Men commit suicide way more than women because they have nobody to talk to. And you think what men discuss in boys’ clubs are dirty topics? You should listen to what women talk about, you will go nuts.  Females are merciless when they pick up on a topic.

Our boys’ club chats can be on any topic; dating, business, black lives matter, and such kind of nothings. Just like a family chat or a friendly talk, you cannot leak boys’ chats to the public. Nobody really leaks his conversations with his friends to the public. You think those people you are showing your chats to don’t have their private talks too.

If you are to join a boys’ club at any point, be ready to hear all your friends’ problems without judging; you can’t turnaround and start playing judge on your boys’ issues. We evict judgmental people from boys’ club every day. In fact, we leave them. No one wants a judgmental friend around them.

No gossip in the boys’ club. It is just not our thing as men. We want solutions to our problems. I advise not to just join a boys club that doesn’t get you into intellectual conversations which can change your life. Boys’ clubs that talk about women and panties only is not healthy for you.

It’s okay if the conversation gets into dating but that can’t be the only topic. You will be surprised that men don’t care about women as much as you think. I have joined many men’s groups thinking we will only be talking about girls. However, with time I realized that men are more focused on other important things like self-development; health, farming, education, etc. this means I also get into the right groups.

Don’t talk about alcohol and illegal substance. Drinking like there is no tomorrow and burning money can’t be a discussion in a group. You want to keep the conversation on positive things. I am the only one who drinks among my boys and I don’t even try to influence them to start swallowing whiskey.

This is because drinking is a very expensive habit and I don’t want my boys picking up on such a habit. They also tell me I should shy away from the bottle and only drink wine and water. That is what I do actually, although once in a while I go out for whiskey. The last time I was in a club counter and my friend who runs the club told me to order anything I want since he is in charge of the place, damn I ordered just water and chilled back.

Keep the talk fun; learn how to kick ass in bro conversation. You see how you talk with the ladies is just different from how you talk with the men. Very few men can speak life into the soul of another man let alone speak well with the ladies. Men don’t get listened to well so be a good listener, and stay off controversial topics. You want to be a source of escape from the pressures of this life to your friend. Don’t start flirting with men though…just don’t do it.

Whenever I am in a boys’ group I keep people laughing and say very crass things. Whenever I am with a lady I equally tell her very dirty things and women I have been with also say very nasty things to me. Don’t stay in the polite zone if you want to get somewhere with the boys and just about anybody you are talking to.

Think of how you can help your boys not how they can help you. Many people already need help so don’t come to the group with an empty hand, always aim to be the one giving. Come with gifts ready to spoil your boys. Be the bearer of positive news all the time and a source of refreshment.

No matter what happens don’t get emotional with your boys; it is very weird when a man comes to you with emotional things. Don’t be a persistent complainant. It is okay to talk emotions but don’t get emotional. There is a difference. Don’t start crying. However, I allow my friends to get emotional once in a while. They can let it out if they want. I am one hell of a rock and I can take it. Their emotions are like water flowing through the rock to me.

Be honest with your boys and respect them. This is paramount. It is okay when a woman lies to us but a man just can’t. You just can’t.

Above all, groupings are not bad. There is nothing wrong with wanting a sense of belonging. Biologically, most men are wired to want a large tribe and thus you will often find a man having more friends than a woman. A man with few friends is powerless.

There is always confidence in numbers.