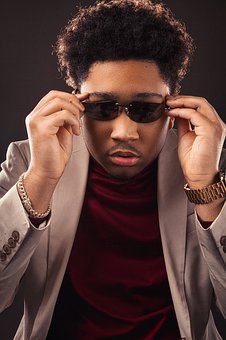 I was hanging out with a friend in a café drinking juice and lemon tea and the conversation shifted to astrology. I told her I don’t take those signs seriously and she told me they are real. Then she said she can’t date Scorpios. She said they are horrible people. I decided to check the personality traits of Scorpios and it showed that they are possessive and jealous. I also can’t date them if they are like that.

However, Scorpios have some good qualities too; they are leaders and they can be serious if they get focused on a task. Well, stop there for a second. Anybody can learn to lead and be serious. That’s why I usually don’t follow these zodiac signs.

The only thing I can tell about these signs is that maybe these descriptions of personalities shows that some things come easily to specific types of people. According to the astrological signs I am an Aquarius and that should mean that I am independent, creative, non-committal, very private and it is hard for me to open up, cares less about family members, and some other strange things I can’t even type. They are right on the creative part of it but wrong on some. I am open and I love family members so much.

Another thing about Aquarius is that they are kind and very intelligent. I hope I am those because those are good things. Hey, no one should take these things seriously. I find it funny how much people pay attention to these zodiac signs. I was once interviewing for a job and they asked me my zodiac sign. When I told them I am Aquarius, and they said the ‘air sign’. Well, I got that job but I hope it is not because of my zodiac sign. I have had people ask me all kinds of things, some I can’t even say. They are lucky I am open-minded and easy-going otherwise I would have lost it by now.

Another thing people use for zodiac signs is to check for compatibility in relationships. So it is said that if you are Gemini, you can blend well with an Aquarius. If you are Scorpio you can match well with Cancer, Virgo, and Pisces. Which sign is Pisces though? I am yet to meet a Pisces and even if I did, I won’t know because I don’t concentrate so much on people’s signs. But from my Google, Rihanna is among the famous people who are Pisces and thus I can love them for sure. I like bad gal Riri.

What matters in these relationships is emotional compatibility, which is a word I came across the other day. I am used to sexual chemistry and vibing as the most important things between people. However, if you understand each other’s’ feelings and can fulfill those needs and desires without having to fight all the time, then you can date I suppose. I am not a dating coach but I can sure date a Scorpio or a Leo woman even if I am an Aquarius. Who said I look for compatibility, I want a complementing partner, not a compatible one.

You don’t have to be even in love with someone to date them. There are people you need in life to show you some different perspectives, you don’t have to like them as such. If you are in love with your girlfriend or boyfriend, then that’s good for you. Most people are dating and not in love. They can just bear with each other in the meantime. It is good finding someone you genuinely care for though but that’s not always the reality. Astrology sounds good, I would want an Aquarius or a Leo but if I get a Gemini with a good personality. I won’t mind trying to date her.

Which sign is considered lazy? Leo I suppose. Well, almost everyone is lazy to be honest. We just work because we have to eat and pay bills. You are not feeling lazy because you are a Leo, you have developed lethargy due to inaction. There are other bad habits you can pick up and blame on your astrological alignment, you not making enough money is not because you are Aquarius. You may not just be working enough, or not possessing the monetizable skills.

Astrology is not bad, I love words they would use in the newspaper horoscope section to describe the daily lives of these zodiac signs. They use very expressive and captivating language. I would read the horoscope section in newspapers when growing up just for the language there. Otherwise, I found them meaningless. What is your star? People believe they are not yet where they want to be because their star is not properly aligned. Well, I would say maybe you are not just getting lucky. But you will soon if you continue grinding and perfecting your hustle.

Astrology itself is not a science as such, it is like psychic powers. I still don’t think you can tell the future just by considering someone’s birthdate, even oracles were wrong in some things in the ancient days. That’s why they lost relevance. Nowadays we use intelligence to gather information and predict the forthcoming events.  Astrology is considered searching for meaning in the sky, well the only people who have been into space are astronauts like SpaceX’s or the moonwalkers. They can surely tell us what is in the sky. I look up the sky and I just see clouds and aircraft. I don’t see Aquarius and Gemini.

A sign like Leo is considered a fire sign and thus they can be passionate and wild in life. A friend of mine is Leo and yeah, she is very adventurous and quite a firecracker. She has a loud personality and overshares her views. I tell her she is opinionated especially on things to do with relationships and money.

You might be a Gemini, Pisces, Scorpio, or Aries but hey it doesn’t matter as much as you think. It is not even our thing as Africans to follow these signs. And because someone is Scorpio doesn’t mean they are poisonous, it is Scorpions that are poisonous, don’t fear dating them.