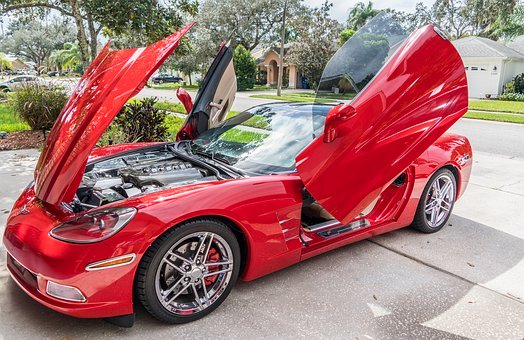 He is probably happier than us, he just doesn’t know. I have known people who make big bucks who are not yet happy, but they are comfortable. Money gives you the comfort to easily pay bills, and take good care of yourself. However, happiness comes from within; peace with oneself and good relationships with good people.

The guys he described as having put their shit together are very comfortable guys; they are not in the comfort zone but they live well. They live uptown, have a lot of fly girls and drive good cars. Here are the signs you have put your shit together. I have talked briefly about living a good life in your 20s before. The 20s are crazy and you can be stressed if you compare yourself with others too much.

At the same time it is a wakeup call when you see your age mates buying land and running businesses, so from those who have put their shit together, these are some of the things they do;

They are not worried about small bills

The bills easily take care of themselves from the streams of income they have created. Electricity, gas, bus fare, and drinks are just checked all the time. When I am with some of my friends they don’t even keep checking their balance. They know there is some money in their M-Pesa or PayPal accounts. This shows that they work a lot and have a continuous cash flow.

The broke guys are not dumb, they are just lazy at times. The ones who have their shit together have many hustles. They are on different freelance job sites. Kenya is not the only country you can work in. There is fiber optic here and that means you can log in to foreign job sites and work for people in other countries.

They forget they have money

It is natural that they have money. As I said before, they don’t check their M-Pesa balance all the time. They don’t even know how much they have there because they are busy making more money. I wish I was like that because I keep checking my M-Pesa balance. That shows that I don’t have an abundance.

Forget about having money, people who have their shit together have assets that are accumulating value. The assets most Kenyans have are land and shares; which are good investments. Social capital is also a form of investment. Some people chose to invest in creating good networks.

They are moving from rentals to their houses

Owning a home is usually a big sign of success. Owning a home in the city is a big move on many people’s part. I am still in a rented house and thus my shit is not yet together. Houses are not that hard to build, it is the land that can be expensive. You have to go further out of town looking for cheaper land; it can be Kamulu or Ruai. I don’t want to talk about Kitengela and Ngong, land became very expensive in those hoods. My former neighbor was a property lawyer who handles land cases and she told me to be careful about buying land in Kitengela. Those Maasai guys will sell you land at a throwaway price and come back a year later to dispute. If you are getting one acre at 1 million in a place like Kitengela just be careful. When the land is too cheap, think twice. Those Maasais are not dumb, they know what they are doing.

They are healthy, forget about the money

As I said before, money is not a sign you have your shit together. If you are in good health, which I can see not many people enjoy then you are in a good place. Money can pay you gym membership and afford you healthy meals that will transform your body. It can also get you to good doctors that will take care of your health issues. However, it is up to you to develop healthy mindsets and workout until you achieve good mental health and nice abs.

Money facilitates good health. However, exercises like push-ups, abs workouts, and squats can be done at home without gym memberships. You can also get good food easily without spending too much, I am talking about spinach, bananas, sweet potatoes, and fish by the roadside.

Meditation is free, you don’t need to spend money on that. However, you still have to go out and look for money. Your mind won’t be at peace when you don’t have rent.

They had rich parents

I schooled with guys who had rich parents who didn’t even graduate from college. So their parents’ riches didn’t help them, they decided to be lazy. Don’t let someone say you are doing okay because of your parents’ riches. No, it is your hard work also and your hustling spirit and your resilience and your razor-sharp intellect.

Rich kids have a strong network though; they are a tight knight group of friends that you can’t easily penetrate. I can even say they are spoiled. I feel like throwing up when they say some shit. It just shows how out of the reality they can be at times. However, I have never seen rich kids as a competition, they are associates.

They are knowledgeable about many things

This is how they keep ahead of the pack. If you know how to make money and stay ahead, you will always be on the lead. You can tell that these guys have a lot to talk about when it comes to history, society, and just about any topic you can think of.

They have some intelligence you can’t easily match. They have worked so hard to turn themselves into resourceful individuals. You get some value every time you interact with these guys who have their shit together. I think I will have my shit together sometime in the future if I continue writing well.

Above all, they are doers. If you want your shit together, you just roll up your sleeve and put them together. That’s the only way you will be like those guys in your circles whom you admire. However, the fact that you are around them shows that you are in the right clique, you can learn some game from them and be on the road to riches too.