Best men’s Lifestyle and Dating Blogs on the Internet 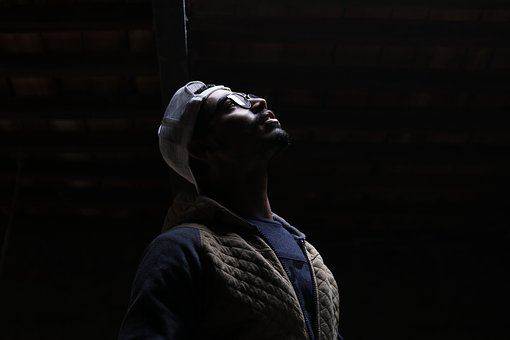 I have been looking at some hilarious bible stories for the past few months and incorporating them into some of my articles. There are great lessons in religion if you keenly follow some of their teachings. I am not a religious man but I read the bible and listen to sermons by various religious leaders a lot. I will be lying if I say I live a saintly life but I try. I try to be good but I am just a man, I ain’t no saint dear reader. And one of the interesting stories I have been privileged to hear many preachers interpret from different angles is that of the lost prodigal son.

That guy who spent all his bonuses on the slay queens of those days. I swear women have been confusing young men for centuries. It didn’t start with king Solomon whom I talked about recently, and it won’t end with King Mswati or the bad boys of this town. Women are women, like them or not, they have made men do crazy things since time immemorial.

Is it their body? Is it the tail? Is it their soft touch? You will never know what women have on men. But whatever it is, men keep coming back for more of it no matter how good or bad.

The prodigal son’s story has always been a good one because it has 4 main players and all of them are just in their own worlds as much they play part in one story. We have the thugged out prodigal son who asked for his inheritance and took off to blow it off on finesse women.

We have a good son who never did anything bad but only served his father with respect and humility. And then we have their father who seemed to be poor at rewarding good behavior and instead chose to give more attention to the wildcard prodigal son who chose to get lost in another part of the world.

The fourth character there is God of course who is represented by their father. Now let me break it down for you from all the sermons I have heard; according to many preachers, the problem here is not the prodigal son, it is the good son, why? He is not real in his lifestyle. He is not real with God and he is not real with himself.

The guy is seen as uptight and he claims to have never made a mistake. On top of those, he is judgmental. The guy is everything the modern society loathes, a nice guy with no bone of rebellion in him. He follows the system so much and has never bothered to explore what is beyond the social construct.

If he is on a healthy diet, he will never do pizza on Sunday with family. He is vanilla.

What the prodigal son brings to this story is intrigue, drama, and a break from the ordinary. God himself in his father’s image was willing to forgive him now that he had discovered himself and is back to the presence of family.

Good boys have never been appreciated

I don’t know why but society doesn’t appreciate nice guys. They are seen as boring. When the prodigal son returns home from his wild adventures he is welcomed with a barbecue and a big celebration. The good son is surprised that something like that has never been done for him despite being there for the family all the time.

I will also feel played if I was the good son but I have never been a nice guy and neither am I the prodigal son. I have the right balance. Life is all about finding the middle ground.

You have seen from that story how being a nice boy doesn’t reward. People take you for granted and think they always have your services at any time they feel like. The good son was too available and lacked mystery to his image. He never explored life beyond his small world.

The prodigal son was also foolish, I can’t defend him too. Who spends all his money on crazy adventures all over the world and comes back home looking like a lost puppy, at the height of his misfortunes he was homeless. There is nothing attractive about his character apart from the fact that he discovered his mistakes and decided to make things right.

And in all this drama the prodigal son brings they don’t mention his mum anywhere, where did these sons come from? It is boys without good mothers that behave this weirdly. He is lucky he got a second chance; his father must have been a good person. His father in this case is God; it is only God who can forgive such mistakes. Otherwise, the street is so unkind to such silly mistakes.

Women and children can make mistakes but not grown-ass men. If I was his dad I would have closed the gate on him. If you leave my home you only come back with a Bentley not wearing rags and looking like a third-class citizen.

I ain’t no preacher though, it is just a story I wanted to analyze…this is my street gospel.