When she says “It’s not a Date”

5 Pick-up Lines for Men in Dating 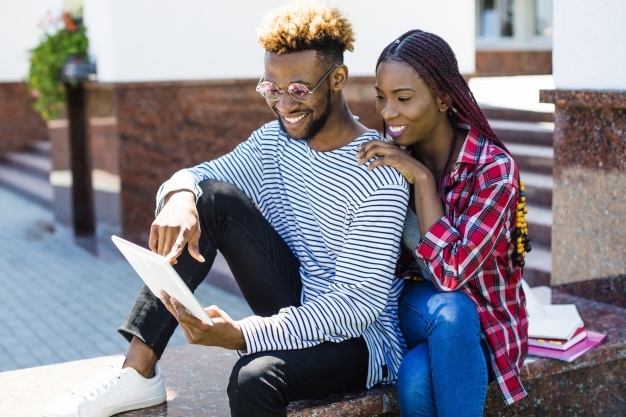 Well, this is sad news to me as a writer who enjoys reviewing apps. I have done WhatsApp in the past and also TikTok. My next was to be WeChat until a Chinese friend brought it to my attention that they are fighting with the Americanos over these apps…ooh Americans. They are always banning things.

I don’t live in America and the Whitehouse banning Chinese apps doesn’t affect me so much but it does affect technology lovers. The Americans got jilted when the Chinese decided to limit the number of apps you can access in their country. When in China you can’t access a lot and even when you google things, the number of search results is limited. The Chinese prefer using their apps as opposed to everything America.

The main reason that Americans are banning the use of Tiktok and WeChat is that they believe these apps collect data from America and that data is used to surveil Americans’ activities back in china. Damn, that’s a solid reason considering that Chinese also limits what you can access in their country as they don’t want their citizens to be brainwashed by foreign apps.

It’s nasty for us tech lovers that if you are to travel between these two countries for business or even leisure, there will be a communication breakdown between you and your people. The ban on WeChat is even worse because that app allows messaging, payment transactions, and social media all in one. It is a kick-ass app.

People visit china for business all the time, and the moment you go there, you encounter a communication problem with guys back in your country because you can’t WhatsApp or even share things through Google. It’s just hectic communicating when there is a battle for market control between two big economies, each pulling you on their side, and you are in the middle.

We love technology, and life without these apps can be very difficult. It’s a good thing the ban is not in Kenya, we need WhatsApp groups for sports, chamas, and everything else. They can just ban it in China and the US. Most of us don’t intend to relocate to these economies in the next few months. There is still less travel. However, it will just be hard for people who visit those regions for business. These are some of the most visited economies for business.

What can these two economies teach you about relationships in their fights? It is always about dominance. There is nothing they are fighting about that is new in the eyes of experienced men. It is just who is dominating. They all want to lead in invention and will just do anything to stop the other party from gaining control. And there is no compromise here, I heard there is no compromise in business. You compromise you lose your advantage. You become a small fish. And the small fish is always eaten by the big fish.

China is the first one to show jealousy and selfishness by saying “No, you can’t use American apps on our soil”. And then America replies with “we don’t want Chinese apps in our land because they take information from us and use it against us”. Damn, what an interesting relationship.

What these countries forget is that these firms bring business to the locals when they set base in foreign lands. It is just common knowledge, the TikTok office is in California and I am sure it has employed some Americans there. Don’t chase away foreigners that bring business to your people. If the foreign firms are collecting information from your people all you can do is warn your citizens not to overshare on these apps. That way, you still let them operate within your borders and give you tax money and employment to your citizens.

I don’t believe there is a way you can prevent information of your citizens from landing in foreigners’ hands. It is just tough considering that the world is nowadays a global village. Don’t Americans shop on Chinese websites like Alibaba. And Chinese also shop on Amazon, they leave a lot of data while shopping on these sites.

It’s called a single sign-on. Some sites are interlinked and you can even import information from one site to use on another when you apply for things online. The moment there is a transfer from site to site you are oversharing and losing a lot of privacy. I forgot about privacy when I started using the internet for business and communication. Even if you are in a site that is protected by end to end encryption, there is still a lot you are letting on that you may not be aware of. You still share documents from your WhatsApp on Gmail.

The online community is so generous on sharing that I just don’t know how these governments are going to control oversharing. The sharing of data is the nature of online communities. People dance on TikTok and Instagram and those videos still end up on WhatsApp. How will you fight that?

And people always find ways to transfer information no matter how restricted it is. There are still people in china who access everything they want using a VPN to bypass the government radar. Technology is so advanced nowadays that you just let it be. All you can do is some user education, don’t put this online, don’t share this, and whatever caution you can take to avoid oversharing. I also don’t like oversharing of data, especially personal information…it kills mystery apart from opening you up to surveillance and identity theft.

Please don’t ban TikTok, we like seeing ladies twerk there!