5 Pick-up Lines for Men in Dating 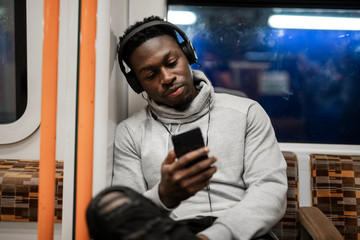 Anti-social behavior is considered a bad thing. However, when we talk about being anti-social it has nothing to do with not talking to people. The most sociable and charismatic people are psychopaths and narcissists and yet they are very anti-social. This is because they go against the social norms; they rob people, play them, and hurt them deeply. So, anti-social means you are doing things that harm people in society. Yes, you can be smooth, charming, and very good with people but in the long run, you dupe them, you are still anti-social.

So, that’s one thing anti-social is not…not talking to people a lot is not anti-social.

You might be reserved or naturally a quiet person.  And quiet people are more interesting and intriguing than loudmouths. Still water runs deep. The deepest part of the ocean is very calm. The shores are noisy and windy. The same way loud guys tend to be shallow. You can’t talk sense for that long, at some point you will be saying silly things. The shorter your statements, the more relevance, less is more.

You won’t be good with everyone no matter how much you try. It is hard befriending everybody. It will drain you emotionally. Trying to be overly friendly is not an easy thing. In the beginning stages of socializing, it is good for learning how people work and trying to empathize with them. But you will not be able to accommodate everyone. That doesn’t make you anti-social. You have to be discriminating at some point and choose the people you befriend lest you befriend anti-social psychopaths and sociopaths. They like friendly people.

Not everyone will be sociable with you and that doesn’t make them anti-social either.

You are not friends with everybody and likewise, not everyone will find you valuable enough for friendship. Even if you are the coolest guy on earth like the great Steve McQueen, not everyone will notice and want you in their circle, and that’s very okay. Don’t get mad, you also do it. And sometimes it has nothing to do with you, people have a million things to worry about that unless you are very important to them, they won’t give you a second of their time. And being important to someone is so subjective…it depends on whom needs your value.

Not everyone wants whatever you are offering as a person; not everyone needs your friendship, skills, or finances. Some people are just doing okay and even if they may need you, they don’t need you as much. I prefer friends who don’t need me. I want friends with other friends. I can go for months without chatting with my friends but that doesn’t mean the friendship is over. You don’t want friends without friends. You can’t be the only friend someone has. That means there is something wrong with them. If you are around 30 and you don’t have like 3 or 4 strong friends, there might be a problem. You should get to knowing people.

I am so big on childhood friendships; they are more legit because you have seen each other grow into responsible adults. Another substitute for this is high school or college friendships or family friends. If you have those you are just fine you don’t need to know everybody. It is very tiring to deal with people. However, if you want to get really good with people, you will have to interact with more people.

The coolest people you meet have a circle of friends they formed at a young age and grew up with. I don’t trust most of these friends I make as an adult. I don’t know where they were all those years. I still have a lot of work to do digging up their history. They might be hiding skeletons in their closets and you are not even aware…okay they don’t!

However, if you are very sociable you should be able to make people easily open up to you. Most anti-social people are quite judgmental and that’s why they have a problem forming relationships with people. They are just bad with people. They might get people interested in them but they can’t keep them for long.

It is okay to have fallouts with people once in a while, but anti-social people have many series of fallouts with people. They are poor at relationship management. Yes, in the short-term an anti-social person might seem sociable and very magnetic but in the long-run, they mess up their relationships and make lots of enemies. They tend to be short-sighted in their outlook of life. They think of what they can get from someone as of now but not of how they can benefit from a good relationship in the long term.

Your friends from 10years ago can be in a better place to collaborate with you on that project considering the trust you have built with them over the years.  And because most anti-social people don’t think in long-term, they don’t make friends with people who are struggling at the moment. They don’t want hustler friends. And that’s a weird way to socialize. You can learn from your friend’s struggles.

Being snobbish is not anti-social as such, most snobbish people are just prideful. They see themselves above certain people. They socialize with their class. They usually have a class of anti-social people so actually, they are anti-social or rather they have anti-social behavior.

Most good people have an armor that you won’t get through easily and they might seem anti-social. Well, they feel like not everybody is entitled to their good qualities. So, don’t dismiss everyone who doesn’t open up quickly as anti-social. They just don’t know you like that yet.

I think I am too sociable. I should cut it!