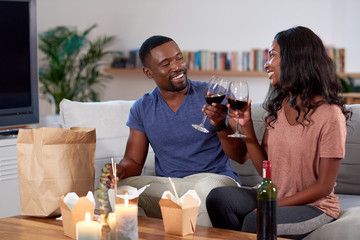 You can approach relationships from two angles, either as a man’s man or a lover of women. The two might be the same thing at times, there are men loved by both women and men, most of them are naturals. But a majority of guys are in one group; always with the boys or always around women.

Whatever you chose is up to you, it doesn’t mean you are a chauvinist or sexist if you prefer spending time with your male buddies.

It is just your approach to life; maybe you like playing rugby and chess or lifting weights. You will realize that most females are not interested in these things at all. You will be doing with them with the boys.

On the other hand, let’s say you are into partying, gaming women, or yoga. Well, you are likely to meet a lot of women in these places who want to meet men as friends and lovers.

Men’s men are strong, macho, and relatable to men whereas ladies’ men are just that, they love the beauty of women and appreciate the female nature.

However, as I’ve mentioned, there are guys like Idris for example who are loved by women and even men. There are characters like James Bond too.

I am sure you won’t find James Bond drinking with women every Friday but he is still very attractive to the ladies. And thus you can still be a man’s man and don’t lose your love for the ladies.

Most guys would say they don’t like the company of women and prefer being alone or just playing play station with the men. Sure, most women are rather not a good source of company, I will also prefer hanging out with the boys but I still try to fix the ladies into my schedules.

You will marry at some point; I mean 98 percent of people reading this will get hitched sooner or later so spend some time knowing women and how they think. Women are just another species that gets interesting when you get to know them.

Another thing I got to say, you are not a sexist if you prefer the company of men as opposed to women. Some women also prefer male friends because they see men as more logical and practical. As opposed to their fellow women whom they see as more emotional…well there are also overly emotional men and logical women.

This has nothing to do with your sexual orientation. Being a man’s man doesn’t make you gay; it’s just that you have a more masculine approach to life. You prefer doing things with men.

As a woman, loving the company of your fellow females doesn’t make you a lesbian; you just don’t like the chaos and drama that men bring. I have to say it is women who give us more drama, men are peaceful if you are keen, I would thus advise a man who wants a peaceful time to just hang out with the boys.

If you are a woman don’t start complaining of the time your man is spending with the boys, it is our thing to just catch and kill time as we talk about all the drama you give us. You girls do it too I suppose. I am not a woman so I can’t know how you kill time.

However, I know most women’s free time doesn’t involve much apart from making their hair or going for the chamas, men are more prone to drinking whisky and looking for land to invest.

I spend my free time studying, mostly from my fellow men.

Women can also teach me things but I find myself teaching them a lot of things most of the time. I am quite experienced in female matters if you don’t know. You need experienced women as a man if you want to enjoy the company of females. It is only the socially savvy, intelligent women that will smarten you.

I have friends who are on the other side of things; they prefer inexperienced women whom they teach things. I am quite impatient as a man, that’s why teaching people seems difficult for me, I like people who just know what they are doing.

I prefer being the one taught because I tend to be a very good student.

The company of men is easy and laid back; I don’t expect many problems when I am with the men. However, the company of women can be fun, full of drama, and deeper if you are good at speaking with the females.

I would advise my younger brothers to get good at speaking with the ladies first, then go back to doing what they like with the boys. Don’t just dismiss women as stubborn yet. Your female skills will come in handy from time to time.

Speaking with men is also challenging for most men. You can fix that by having friends from all walks of life. Most men like speaking their hearts out if you are just a good listener. And can be eye-opening to you on a lot of things.

I am more of a man’s man but I like the company of females too. The balance is what you want to achieve. Men can be competitive at times; they have testosterone as opposed to your female friends who just want to have fun and hangout.

If you strictly prefer being with the boys, get some tomboy friends to talk with at times. They are less drama and get men.