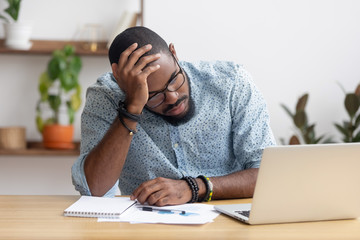 People say that money doesn’t mean success, or it is not the only measure of someone’s success. Well, I won’t dispute that, guys like Malcom X or Nelson Mandela were not moneyed but their lives are considered a success in the eyes of many. Some people also see their lives as a struggle, and we all know I don’t advocate for struggling on this site. I like having fun with the things I am doing.

Money and success are part and parcel of each other. It is like separating love from intimacy; sure you can because not all type of love involves intimacy. And thus not all kinds of achievements involve money.

There are many other things people say don’t come with money like power, beauty, or fame. Well, picture someone with all those things but without money. It will be a disaster for them. Let’s not act like money is not important, success without money leaves people wondering why you were even working that hard to achieve greatness and then you leave the world penniless or you don’t even leave a house for your people.

Anyway, touching the lives of many without making money in the process might be selfless. And that’s why freedom fighters and civil rights champions are celebrated. It is said that a good name is better than gold. I said get the gold first, store it somewhere then look for the name you want.

In modern language, we say get that bag first. Don’t let the society tell you to sacrifice your ambitions to save it from itself. It is very difficult to save this world from itself. It keeps going back to its ways. You can try it though, I don’t want to discourage people who want to change this planet.

I am not a moneyed man but saying that you are successful without some paper doesn’t add up. If you are some civil rights champion, we can let that pass.

If you are an artist, you better commercialize your work; I am almost putting a price on this blog. I already started offering ghostwriting services. I am thinking of charging people to read these articles, it looks like it is time. However, I might just let that thought pass and instead sell the books I am writing.

A successful X (put any profession there) without money is not a fair look. And talking about fairness, this life might never be fair, it is said that it is a childish argument when you mention fairness.

Don’t shame people for demanding more money for their time and skills. It is only fair for them to want some green. Look at me talking about fairness again. All I am saying is that don’t be scared of asking for more money because you don’t want to be seen as a money monster.

Money has never been bad unless you spend it carelessly on things that destroy you. And it will never be enough but we just keep on wanting to accumulate more. If you are planning to procreate, and you can make generational wealth, just go ahead and do it. You will leave your descendants better off.

Even if you don’t leave them money, you can give them a good education that money might buy. And good education can enable them to become successful. You can thus leave behind a successful generation if you make some money.

Some things don’t need money; even the education I am talking about is free nowadays, you can go online and study skills like writing, digital marketing, and forex trade and start minting. All you need is the strong will it takes to study new things.

In the beginning, you start doing with passion, but as time progress you can commercialize. I think people who start doing things out of passion or purpose go further than those who are solely motivated by making money.

Someone who started making music with a purpose like 2pac or Bob Marley will eventually go down as the greatest ever that did it even if they were not the most talented. Even if 2pac was alive, I doubt if he would be the richest rapper, because he wasn’t in it for the money in the beginning.

He just saw it as a platform to pass his message, and so did Bob Marley. You can easily tell guys working for money, they will charge for anything they do in that job and they rarely add even a second to their working hours.

They are there to make as much as they can and go home. However, there are people working because they love their jobs, I must say very few Kenyans love their hustles. In this part of the world, you don’t do work because you love it or enjoy it, nah, that’s not the approach. You do work that you can find so that you survive.

You do what you have to do to survive, if you happen to love your job then good for you. You are blessed enough, that’s just a plus that you managed to find a career you are truly passionate about.

I enjoy writing so anytime I do a job that involves writing, I am exhilarated. If I become a famous writer with no money, I won’t consider myself successful as a writer. I would have managed to impact people with my words but my account will be reading just a few thousands.

On the other hand, if I started writing with money on my mind, I would have stopped a long time ago because money doesn’t push me to write when I am feeling low.

It is thus very okay to start doing things without thinking about the financial returns but of the value you are creating, and then later at some point, you can start making money off it unless it is something like a charity or civil rights movement. Don’t charge for such.

Money makes the world go round, however, not everybody is driven by it. Some people have seen enough riches that they don’t mind doing things that don’t bring them money as long as those things change the world. Nikola Tesla gave away the patents for AC currents; he just wanted his idea out there working. He didn’t care for money, had it been all about that paper, maybe we wouldn’t have currents. Or only DC currents would be in use.

I wouldn’t even be writing all this on my laptop right now because power is not there.