The Healing Power of Tantric Massage

Since Bill and Melinda Gates filed for a divorce the other day, everyone is claiming to be open to a relationship with one of them. Their DMs are finally opened for the gold rush. Everyone wants to enter those gates. I didn’t know ladies like Bill gates like that. He is very old, to begin with, he must be someone’s grandpa.

I don’t know why such an old couple would separate when it is clear that they are no longer in the dating market. I have long been a fan of their couple goals; the charity foundation they run has contributed a lot to the less fortunate in society and also sponsored health initiatives. Those are the types of couple goals to have. It is one thing people in relationships can learn from their decades of marriage.

Anyway, I usually don’t write about people’s personal issues. That’s their business but one thing in any relationship is that there is always an open door policy. Forget about the gates being open, the doors are always open. And if you want to leave, it is okay.

One reason the 21st-century man doesn’t marry is that they see it as a prison sentence where once you are in, you can’t get out. It is a weird way of seeing marriage. The prisons you put yourself in are usually self-made unless you are in a real prison with high wall fences. Any other prison you make by yourself is of your own making.

Marriage is not a prison where you can’t get out. That is not a healthy way of running any affair. I believe the gates are always open.

Many people would say they are staying in for the kids even if things get out of hand but I would prefer a child brought up in a peaceful single-parent home as opposed to one raised in a dysfunctional marriage.

You can’t guilt-trip yourself into staying in a bad marriage because of kids. And most marriages don’t even end because the couples are out of love, it is usually because you are not as compatible as you thought.

You might have married for love but lack compatibility which is a big factor in any relationship. You realize you have different values or you have different mindsets despite being in love. Love is not a reason to marry, check out other things like religion, money, number of kids each of you would want to have etc.

I am not a dating coach but I would like to know what a potential partner thinks about such things before I marry.

In Bill Gates’ situation, it is not about money. Even Jeff Bezos divorced despite being a billionaire. This is a sort of a wake-up call for men who thinks having lots of money will guarantee them a good marriage. Sure, women are attracted to security, financial security, it signifies power. But you must also be strong as a man.

Work on your frame as a man and don’t lose it at any point. That will keep your marriage for a minute.

When talking about the gates being open, I don’t mean opting for an open relationship when your marriage hits the rock. You are better off without marriage as opposed to being in an open one, why are you together then when you can freely date other people.

The gates might be open but your bedroom door should remain closed, don’t open them to other people. Keep personal issues behind closed doors.

The Jada and Will’s case was an open relationship that still had issues. The problems in relationships are not solved by getting into other relationships when you have issues in your current affair.

I am a man not very good in relationships, I have never given them seriousness but I know a few things about them. I have been around very bad ones and very good ones. I have seen enough to let you know that should it reach a point of irreconcilable differences, you are allowed to end them.

No one can blame you for walking out of a bad situation where you are no longer wanted or not getting along with your partner. When communication breaks down and compliance in both partners is lost and even psychiatrists with PhDs in clinical psychology can’t help your case. That’s a dead one.

The reason why the gates are always open is that life is short to be unhappy with someone. You create your happiness. And you do by finding a compatible partner; emotional and sexual compatibility is what I am talking about.

Just because you both like Arsenal doesn’t mean you are compatible. Your feelings about arsenal might change and one of you can decide to go and support Chelsea, that might be the end of your marriage. Arsenal is a team that is full of heartbreaks like many relationships in this century.

The gates marriage lasted more than 27 years, which is great in a country with an over 50 percent divorce rate. I consider such a marriage a success. However, it is said that the success of a relationship is not determined by how long it lasted, the only truly failed relationship is one that lasts longer than it should have been.

It is said that most relationships become dull after 2 years approximately, if you can keep it going beyond that and still be having fun, you might be having something good happening. You might be in a good one.

The gates are not opened, your eyes should stay opened and watch out for your affair lest it crumbles and lead to a separation. There, I have opened the gates wide for you! 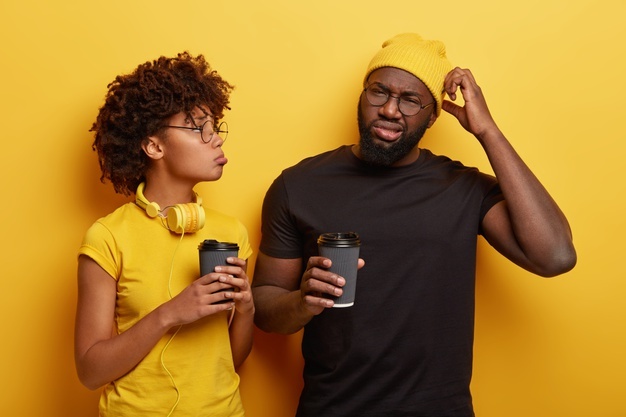