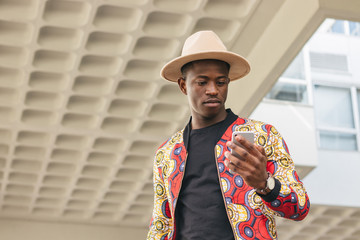 It is everywhere; on YouTube, dating blogs, and all relationship columns talk about being a high-value man and how that is what the ladies want. But value, just like many things, is subjective. The primary definition is that a man of value or rather the worthiness of a man is in his productivity and how well he can display this value to those around him. Or the ones he has met.

Apart from having that value, how well can you portray it to the people who need it from you. So at the end of the day, even if you don’t have substance, but you can act like you have value and make people believe it; that’s all that matters. You can get things out of them—what a concept.

I believe everyone has something, and it just depends on what you are looking for. The most common type of value being talked about is monetary value. There are other types of values that people ignore. So if you meet someone who has money but wants a lover, if you only have monetary value, you won’t be of help to them.  He might not need your money. He has that value already.

It comes down to what the other person values also. If they don’t value your value, your value is not valuable for them giving you their value. That sounds like a rap line, but it is what it is.

If you are a hot chic with a killer body and personality, but you like a man who is not into women, your sexual value is irrelevant to that person. It doesn’t change that you have a high sexual value, Nah. It is just that your value at the moment is irrelevant to the recipient. Great product, bad market type of scenario.

It is not only in a relationship that values clash. It happens in many social settings. Someone is offering you something valuable they think you need. Then they are shocked you turned it down. Well, you are not nuts; it is not a bad thing what they are giving, but not just what you want.

You will realise that people value different things. I value many things over money; health, relationships, a good sleep, knowledge etc. and thus, I might not trade money in exchange for these. If I have to sacrifice one of these to make money, I can do it for a short time, but eventually, I will come back to prioritizing these. I can forgo dating for a while to make money; that makes sense. I can forgo a good sleep to write late into the night to finish that task on time; no problem with that. However, at some point, I shall come back to these values I cherish dearly.

In relationships, where value is a vast subject at the moment, you have to value the same things with someone for you guys to be harmonious with each other lest your values clash and you start fighting. You can’t have one partner who values loyalty and another one who doesn’t value it a single bit be at peace with each other. You are not sharing the same values; it is good to find out what other people value before getting into any relationship with them. Do they hold religious values? And maybe you have ‘immoral’ values.

Value cannot be one side thing. One of the worst encounters is between someone who has a lot of value and one who wants or expects that value and is unwilling to offer anything in return for that value. It is a raw deal right there one person will be getting. Or rather a value imbalance.

Another part of the value is that you can overestimate your value in this world or people’s lives. You might think you have value, but you don’t have it yet. It is one complicated thing to call yourself a man of high value. Are you sure you are about shit? Or you are just full of hot air. And value doesn’t mean potential; the latter is what you could become set upon the right path, while the former is what you have already attained. Your current worth is your value as we stand; it can be your credit score when you apply for loans; it can be your assessment on anything on a scale of 1 to 10.

It is good to know your value and put a price on it; having value does not mean other people will be willing to pay for it; some people are selfish. They are entitled even, so know your worth and be willing to walk away if they don’t value you, yet they want access to your precious value. Value suckers with little to offer back are just a huge turnoff. You bargain based on your value.

The real value is not subjective despite what I said initially; you can’t say Michael Jordan has no value. The guy has value, and everyone can see that. When he was 20 years, he had potential, but he is worth billions with a legit legacy behind him right now. He has nothing to prove.

Even people who pretend not to see other people’s value can confirm that sure, such and such person is valuable. But Michael Jordan’s kind of value is monetary.

Money has been a dominant factor in value because it influences other values a great deal; if I value health, I need some money to take care of my insurance. If I value traveling, I might also need some money for that. It is hard traveling without money, but you can pull it off. You can tag along with a group or a friend.

It is hard saying you are sexy and you are broke. A rich man will just be called sexy. His money makes him charming.

Education and self-improvement, I cherish this a lot. Not many people are willing to improve their mindset; these are things to value, life skills.

Social value is a type of value I find hard to define, but it has something to do with the networks you hold. My network is full of hustlers still struggling to make it in life. I can’t say I have a high social value now; maybe with time, it will increase. I have a good intellect though, that’s my value.

Sexual value is a different ball game; from what I read in other blogs, it is harder to attain than monetary value. Being sexy, especially for men, is a difficult task; it means working on your walking style, hair, voice, presence et al. That’s why men would rather compensate for lack of that by making money.  The guys shouting about value on YouTube are not talking about it either. They are on money like shit.

In marketing, it is usually about a unique value proposition that a product has to the market. That’s what the marketers emphasize when selling you that item. They can say it is durable and pocket-friendly; they can say it is sophisticated. They can even say it is pricey and not cheap. However, pricey does not mean something has value or quality. We have overpriced items with average quality.