Be a Strong Man

The Best Things in Life are not Free (In My 20s)

Be a Strong Man 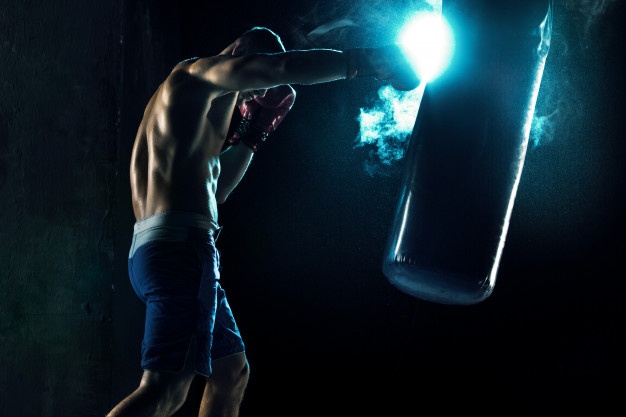 If there is one thing a man wants to be is strong. That’s why they go to the gym, lift heavy objects, and try to fight intruders so that they can remain strong and not be seen as weaklings. However, a strength of character is what defines a man. And strength does not mean lifting 100 kgs on the bench although that can make you look very strong. There is to look strong and be strong. I think I am a very strong-headed fellow. Most people who don’t like you, don’t like you because you are just too strong to be influenced badly, or be taken advantage of, which is okay.

One way to know that you are strong is when you don’t allow people to take advantage of you, emotionally weak people are those that can easily be led astray by callous individuals, and they usually end up in some dark ditches they can’t get out of.

Weakness is very dangerous; the only reason people hate weakness is that it can lead you to a lot of trouble. A weak person can easily be influenced and just mess up something that would have been good. A weak partner in relationships can easily go astray or can back off when things get tough or can even give you up to your enemies. Don’t ever be weak.

On the other hand, strength has been over-glorified to the point that no man wants to show any vulnerability. Don’t show weaknesses to people but it is okay to be vulnerable once in a while. Allow yourself to feel things ‘strong’ men don’t want to feel. Allow yourself to fall in love or make mistakes.

Being strong has nothing to do with control, you can’t have absolute control over everything no matter how strong you are. Even strong people need others, but they need them less. They don’t have to call people all the time looking for support. The strong stand alone most of the time. The strongest man is one who usually stands alone according to that novel by Henrik Ibsen ‘An Enemy of the People’.

Henrik Ibsen might have been right but you are not island bro, don’t go around standing alone claiming to be strong and you are full of fear deep inside. I did that play in high school and it was one quite interesting book. Dr stockman who is the main protagonist keeps claiming that the city council water is contaminated whereas his brother who is the mayor tells him to cut it off, the water is just fine. The protagonist here is strong and keeps on insisting on his insistence that the baths have bad water that is harmful to the health of the citizens.

He is a good doctor just watching out for his people. And he is very strong at that.

You see strength comes from within, a strength of character is built with time. Damn, it is hard being strong at such times when there is a pandemic. I want you to be strong for me, can you be? I sound like a soldier going to war in some land far away and telling his friend to hold on tight till he comes back.

Being strong is better said than done, there are not many strong men out here, especially in our generation. The men of this generation have been called sissies who can’t even kill a cockroach. And we don’t like it, let me tell you that my mum’s grandpa killed a leopard in the village back in the days. The animal was eating their sheep and goats. He approached that animal one man and killed it, and it left him with a few scratches. I tell you, I come from a generation of blue-blooded bad boys. Now you want me to do something like that to prove that I am a man? Hell Nah. I have tanned my skin and I don’t need scratches unless it’s some lady scratching my back with some manicured nails during ecstasy. Besides, I have always said that the lions and leopards of these days are tamed and there is no fun killing dead things.

Guess what happened to my great-grandpa after killing that leopard? He died a few months later. I think it is from the wounds he suffered while battling the killer, that’s a very silly thing to do. How do you just walk into your death like that to prove that you are a man? The men of those days would do some crazy things just to prove bravery.

In our culture, they would remove six front teeth as a sign of passage from childhood to adulthood. Damn, imagine me Slade without six front teeth, and the way I have a great smile. I would have lost it if I was born in 1900. Circumcision is better but not how they used to do it with a knife. There is nothing strong about having your foreskin cut early in the morning in the river.

It is okay to undergo circumcision, it is good for your hygiene but that thing is better done in the hospital so that your wound can be bandaged. These traditional things do not give you strength. I am an advocate of mental strength. Your mind should be the strongest muscle in your body.

The modern man is considered strong when he has a strong mind that keeps pushing him on even during adversity like now. You develop resilience, not giving up on situations, and always trying to find a solution.

If you are not yet strong, no problem, you can start by finding small solutions to your current situation, what is making you weak? Women, other men, or society generally? Learn how to deal with women and pass their tests, fight and disarm other men. And learn how society wants to control you and ignore it.